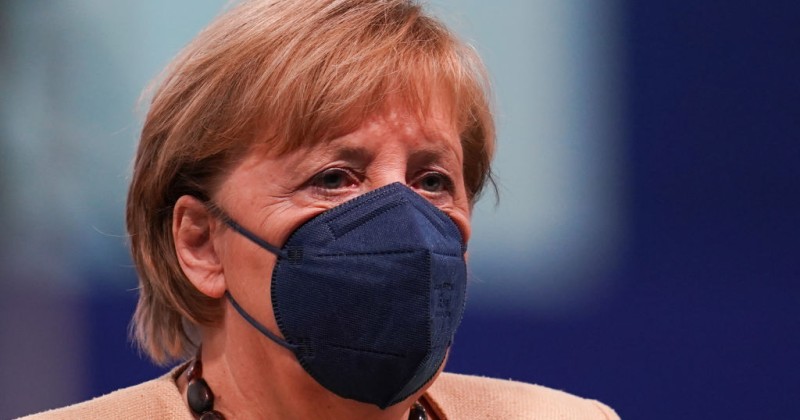 Despite clear evidence of spikes in violent crime, mass sexual assaults and numerous terror attacks, outgoing German Chancellor Angela Merkel suggested her 2015 decision to allow a million migrants to enter the country was a success.

During an interview with Deutsche Welle, Merkel was asked if her infamous quote from an August 2015 press conference about Germany’s ability to absorb large numbers of refugees, “wir schaffen das,” which translates to “we can do it,” still applies.

“Yes, we did it,” she responded, adding that despite some setbacks, “positive stories” emerged from the policy.

To illustrate the absurdity of the claim, it was made shortly after a Syrian migrant stabbed four people on a high-speed ICE train.

However, Merkel was forced to accept there had been some “dreadful incidents, like what happened on New Year’s Eve in Cologne,” a reference to when North African migrants sexually molested and raped around a thousand German women in one night.

“Since the migration crisis, Germany has experienced ongoing terrorism threats, terrorist attacks, rising sexual assault cases, and various other tragedies tied to the decisions she made in 2015,” reports Remix News.

“Just this year, a rejected asylum seeker from Somalia murdered three women in Würzburg with a knife, including one mother who shielded her daughter from the stabbing attack. Merkel never even commented on the tragedy.”

At a cost of tens of billions of euros to Germans, one can see little overall “positive” impact of the influx.

As we previously highlighted, official crime data released by Düsseldorf’s Ministry of the Interior revealed that in the region of North Rhine-Westphalia, foreigners and migrants, who represent around 14.8 per cent of the population, are responsible for almost half of recorded gang rapes.

As Reuters reported, across the whole country, “Violent crime rose by about 10 percent in 2015 and 2016, a study showed. It attributed more than 90 percent of that to young male refugees.”

One particularly harrowing case involved Maria Ladenburger, the daughter of an EU official who was raped, murdered and dumped in a river in Freiburg.

Her murderer was Afghan migrant Hussein Khavari, who entered Germany as a refugee in November 2015.

In December 2017, another Afghan refugee, Abdul D, stabbed his 15-year-old German girlfriend to death because she broke up with him.

An investigation into the identity of criminal looters who exploited the chaos following the devastating floods in Germany also found that over 80 per cent of the culprits were migrants of non-German origin.

German has also suffered numerous terror attacks carried out by migrants, including a 2016 truck attack at a Christmas market in Berlin, which killed 12 people and injured 56 others,

The culprit was a failed Tunisian asylum seeker.

After a Somali refugee went on a stabbing rampage that left three women dead in June, the Mayor of Würzburg reacted by writing an open letter expressing concern about the stigmatization of refugees and migrants.

The former director of Germany’s foreign intelligence service accused Angela Merkel of creating a “security crisis” in Germany as a result of her open border refugee policy, with authorities clueless as to the identity of up to 300,000 people in the country.

Every Elected Official in U.S. City of Hamtramck is Muslim

Internal Report: More Than HALF Of Border Patrol Agents May Be FIRED For Being Unvaccinated

People planning to get married at a country mansion hotel in the UK were told their weddings have been cancelled after the government demanded the hotel be used to house illegal immigrants instead.

Meet the New Boss, Same as the Old Boss

Whoever is in power, the policy remains the same.

Until someone like Farage launches a new party solely predicated on forcing the Tories to crack down on immigration levels, nothing will change.

Germany: Greens Plan to Ban Native Germans From a Third of Jobs to Promote ‘Diversity’

Despite the fact that it’s clearly unconstitutional. 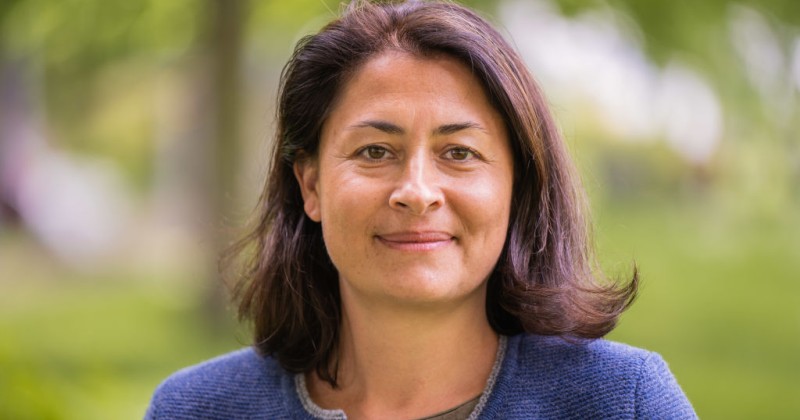 In the name of promoting “diversity,” ruling Greens in the German the city of Hanover plan to ban a third of native citizens from applying for government jobs so they can be given to migrants.

Polat was referring to Hanover Mayor Belit Onay, who came to power in November 2019, and is also of Turkish heritage.

“By the end of 2026, a third of all newly advertised positions in the city should be filled by applicants with a migration background,” wrote Polat.

In an effort to vastly increase the number of foreign-origin migrants in positions of local authority, a draft resolution brought by the city’s integration committee will ensure that the “target figure for all new hires is 30 percent.”

As part of a program to establish Hanover’s status as an “immigration city,” the government will also launch a PR campaign to “motivate young people from immigrant families to take advantage of the wide range of training and study opportunities in the state capital.”

“The campaign will comprise a “Day of Diversity” at local schools, while further developing “anti-racist coaching” across authorities and public bodies. A prize will also be awarded for “migrant companies” in the local area,” reports ReMix News.

Critics of the proposal assert that it is completely unconstitutional and violates anti-discrimination laws.

Alexander Graf Lambsdorff, an FDP member of the Bundestag, said the plan was “evidently unconstitutional, if I understand our Basic Law correctly.”

“What happens to the other two-thirds?” Lambsdorff asked in a tweet. “Are they reserved for organic Germans?”

Lambsdorff pointed out that reserving any jobs purely on the basis of someone’s ethnicity or migrant background, whether they be Germans or foreigners, is unconstitutional.

As we previously highlighted, back in July, the Green Party in Germany launched a PR campaign celebrating its vision for the future of the country.

Out of all the promo posters created for the campaign, none featured any white people.

The Green Party in Germany is by no means an obscure entity, it’s a major force in German politics.

It currently holds 118 of the 736 seats in the Bundestag after winning 14.8% of votes cast in the 2021 federal election and is now has the third largest of six parliamentary groups.

As we previously highlighted, 300 delegates of the Green Party loathe their own country to such a degree, they petitioned for the word ‘Germany’ to be removed from their own manifesto.

Meanwhile, diversity continues to be such a strength that figures released by the German government show non-German foreigners are responsible for over 39 per cent of total murders and 56.25 per cent of manslaughter convictions, despite representing only 12 per cent of the population.