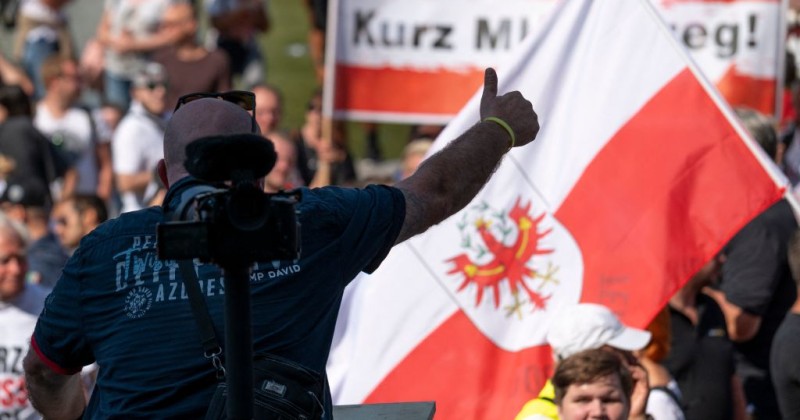 Austria has moved closer to imposing a full lockdown on the unvaccinated after those who haven’t had the jab were banned from entering a long list of public spaces.

“The entry ban will come into effect next week and will apply to cafes, bars, restaurants, theaters, ski lodges, hotels, hairdressers and any event involving more than 25 people,” reports RT.

The measures will impact the 36 per cent of residents who haven’t been fully immunized and have been introduced in response to rising COVID cases.

“The evolution is exceptional and the occupancies of intensive-care beds are increasing significantly faster than we had expected,” said Chancellor Alexander Schallenberg.

As we highlighted last month, the government has put a limit on the occupancy of intensive care units which, if breached, will trigger lockdown measures being imposed solely on the unvaccinated.

Once the number reaches 600, or one third of total capacity, the new rules will be triggered. That number now stands at 352 but is rising by 10 per day.

Such measures will extend beyond vaccine passports, mandating that people who are unjabbed stay at home and only leave for “essential” reasons such as buying food.

This will probably be enforced in a similar way to how the first lockdown was enforced, with police performing spot checks on people asking if they have permission to be outside.

Austria would be the first major country to exclusively impose ‘stay at home’ measures on the unvaccinated, but it could eventually be replicated elsewhere, despite the waning immunity that the vaccine itself offers.