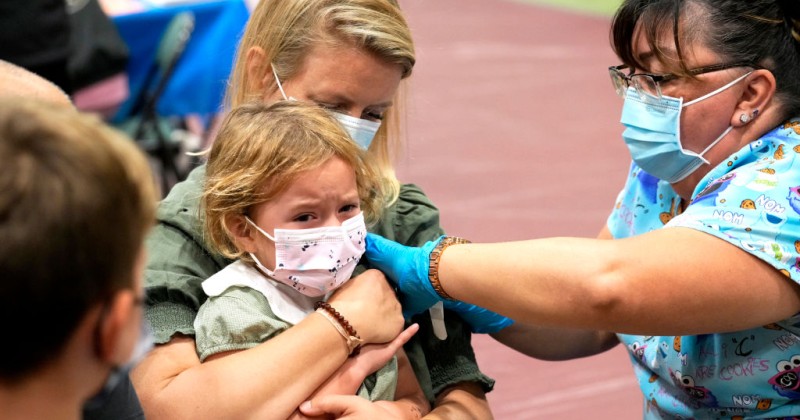 The results of a poll reveal that more than half of unvaccinated Americans say “nothing” will change their mind about getting the jab.

Researchers in Boston, New York and Barcelona found that 53 per cent of participants who hadn’t been vaccinated won’t be convinced by anyone to take the shot.

13 per cent said they may be swayed by advice from a close friend or family member, while 9 per cent said a recommendation from a family doctor could change their mind.

“Conservatives, people living in poverty, and those who worked outside the home were more likely to be against vaccination, the survey data showed,” reports the Daily Mail.

The fact that the survey was conducted in April 2021, before the ‘delta’ surge and the announcement of the Biden administration’s vaccine mandate scheme is telling.

Over 6 months ago, the poll found that 21 per cent of respondents said they did not want to get the vaccine.

Current figures show that around 20 per cent of U.S. adults remain unvaccinated, meaning that only around 1 per cent have been convinced during that time.

As we highlighted earlier, unvaccinated Americans working for companies with more than 100 employees are set to be punished by being forced to wear masks at all times indoors.

While a slim majority of Americans say their minds can’t be changed when it comes to getting the vaccine, the number is significantly higher in Germany.

As we previously reported, 90 per cent of Germans who haven’t taken the COVID-19 vaccine say they won’t get it, with only the remaining 10 per cent saying they will “probably” get it or remaining undecided.