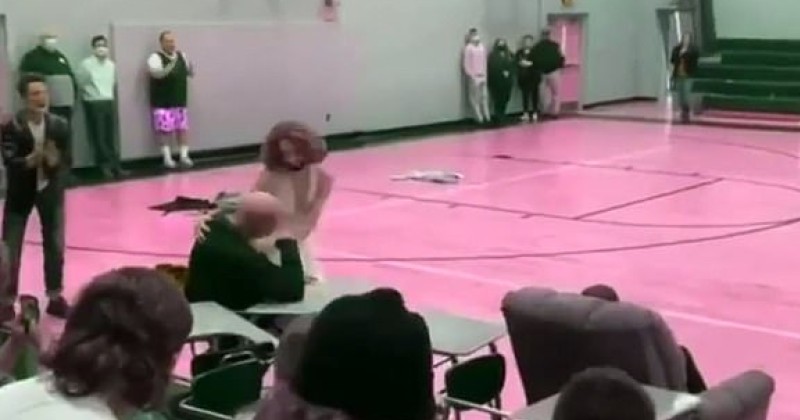 The Kentucky high school principal currently under fire for photos which show him enjoying lap dances performed by students was also fondled by another student during a drag queen show.

Donald Mobelini, the Principal of Hazard High School, is already under investigation after images were posted of a 2019 school event described as a “man pageant” during which girls dressed as Hooters waitresses and boys in lingerie pranced around performing sexually suggestive dance moves.

Mobelini can be seen smiling in the pictures, apparently very much enjoying the show.

Then there is this from Hazard making the rounds

Maybe it’s just me but I find having high school boys dress in female lingerie to give male teachers & principal a lap dance more worrisome than books or CRT https://t.co/ZTmWszhBh7 pic.twitter.com/EtjUKbcISQ

Now it’s emerged that a similar show took place the following year, with Mobelini once again appearing to have fun.

“The footage which was shot during the same event in 2020 sees a student wearing a long white dress, at one point dancing and getting up close and personal with Donald ‘Happy’ Mobelini,” reports the Daily Mail.

“The student can be seen provocatively walking towards the head of the school before running his hands over the principal’s head and kissing him on the cheek.”

Hazard High School.
2020 Homecoming
Like a Virgin
And Mayor/Principal Happy is front row

To make matters worse, the boy in drag fondling Mobelini did so to the tune of Madonna’s ‘Like a Virgin’.

Meanwhile, parents are being treated as terrorists by the FBI for having concerns about what’s happening inside schools.