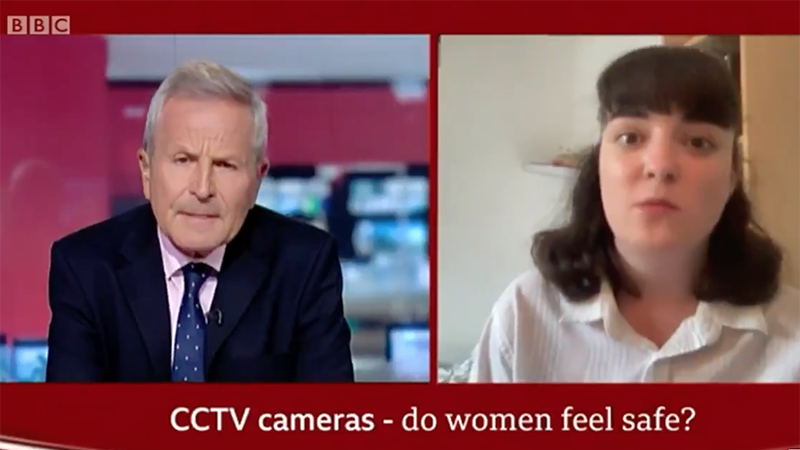 An arrogant BBC News anchor lectured a privacy advocate Tuesday who argued that a rise in violent crime, particularly against women, cannot be countered by eroding freedom and further empowering the surveillance state.

Following the announcement that police in the UK are setting up a scheme to use CCTV cameras to watch women at night to make them ‘feel safer’, Madeline Stone of the privacy advocate group Big Brother Watch argued that there are already masses of surveillance cameras everywhere and they do not make people any safer or prevent crime.

Stone emphasised that adding more cameras strips away privacy and is in no way a solution to the problem, including harassment of and violence against women.

“But the woman is asking for the camera to be on them, so this is not a breach of civil liberties,” the anchor responded, referring to the scheme which uses an opt-in app.

Stone replied that having an anonymous stranger tracking a woman’s movements via a camera isn’t going to help, but was continuously interrupted by the anchor who repeatedly stated “if it’s something that’s going to make you feel safer,” it will be welcomed.

“Isn’t this really that Big Brother Watch is against all cameras watching us?” the anchor lectured.

He then declared “I mean this was a fair talking point in the 1990s, but we’ve moved on since then, people are over that now.”

“Cameras are everywhere,” he stated, arguing that it’s pointless to stand against the surveillance state.

“Cameras are on women anyway, whether they ask them to be or not,” the anchor further arrogantly declared.

Yes, that’s the WHOLE FUCKING POINT of the problem mate.