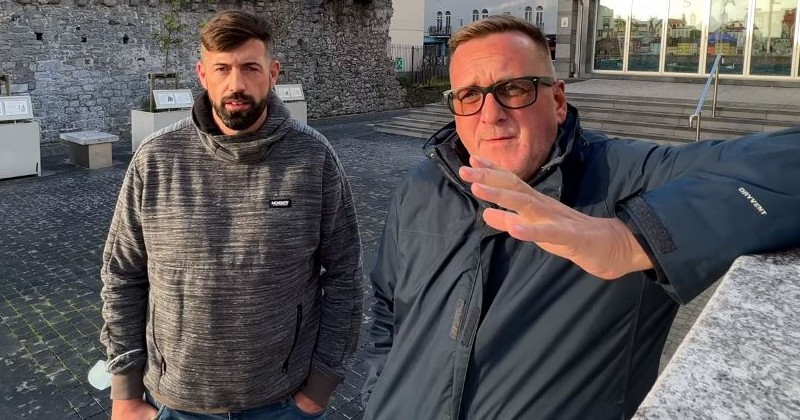 A YouTuber was denied entry to a restaurant in his home town in Ireland despite being double jabbed, with staff insisting he leave the premises because he had taken the second dose of the vaccine only a few days beforehand.

Daniel Ewing, known on YouTube as The CraicMaster, was attempting to visit Nimmos restaurant in Galway with fellow YouTuber Lee Davey.

After Davey himself had trouble with the venue accepting his proof of double vaccination, Ewing was told he “hadn’t been vaccinated long enough” because he had only had his second dose on the 29th of September.

Ewing also explained how he had recently taken a PCR test which showed he was negative, but that the restaurant wasn’t interested in this.

“It’s sad considering this is my own country, this is where I’m from, I’m double jabbed, I’ve done a PCR test and a restaurant in Galway my home town won’t let me in the restaurant,” he added.

Davey called the situation “beyond a joke” and called for a boycott of the restaurant, labeling the restaurant’s behavior “wrong” and an example of “discrimination.”

Ewing said he understood that the restaurant had to enforce the rules as a business but that he opposed the law that bars unvaccinated people from entering.

All COVID restrictions are supposed to be lifted in Ireland on October 22, including the vaccine passport mandate, although it remains to be seen if that will actually happen if virus cases rise towards the end of the month and booster shots are made compulsory.

As we previously highlighted, a branch of Costa Coffee in Ireland demanded customers show proof of vaccination and a photo ID if they wish to enter the shop.

A notice posted in the window of one of the company’s branches in the town of Killarney told customers, “proof of immunity,” consisting of either an EU digital COVID certificate, a HSE vaccination card or “proof they have recovered from COVID-19” was required to enter the premises.

In addition, management at the shop demanded people present photo ID such as a passport or a driver’s license.

Unvaccinated customers were told in no uncertain terms to sit outside or clear off.