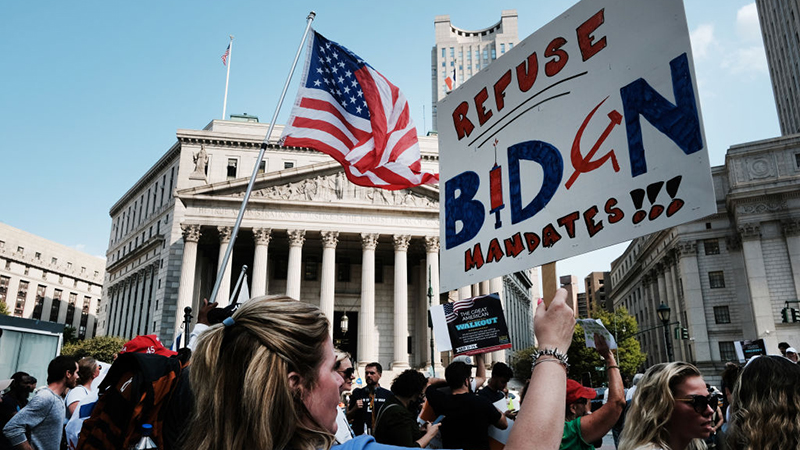 Joe Biden’s so called “Build Back Better’ Act has included COVID as an occupational hazard, and proposes to increase fines for non-compliant companies by TEN TIMES, meaning they could face punishments of $700,000 per violation for employees who are not vaccinated.

The Daily Mail reports that fines for “willful and repeated violation” of the Occupational Safety and Health Act of 1970 (OSHA) will increase from $70,000 for each violation to $700,000 under the $3.5 trillion spending legislation.

Any business that does not address and correct the violation within an allocated time period will then be fined $70,000 PER DAY, up from $7,000.

In other words, any business that refuses to mandate COVID vaccination will face financial ruin.

Host Tucker Carlson highlighted the pledge to bankrupt non-compliant businesses Wednesday, noting that “authoritarianism is very popular with certain parts of the population.”.

Biden has decreed that any company with over 100 employees will be subjected to the mandate.

As we have previously noted, around half of Americans are opposed to the mandate, with almost 60 per cent saying they do not believe Biden has the constitutional authority to enforce vaccine mandates.

Biden’s commerce Secretary has claimed that ‘no one is being forced’ to take the vaccines, and that “There’s always been a choice” for workers to stay at home.