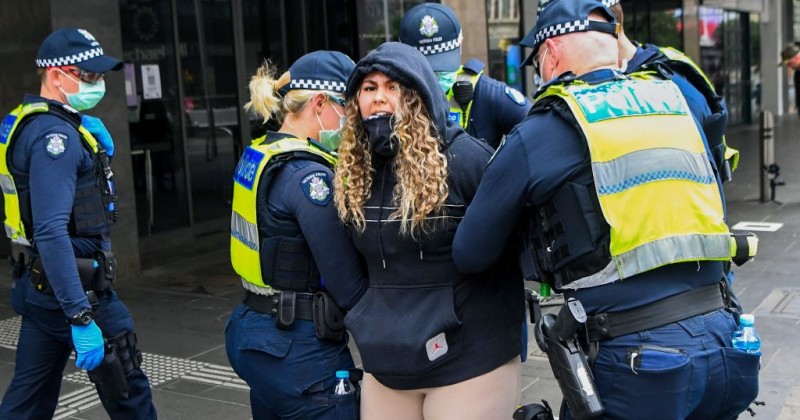 Authorities in New South Wales are threatening to jail Australians who don’t show a COVID-19 vaccination pass when they enter businesses.

“If people want to do the wrong thing, if they get found out, as I said, it could be jail time there,” said Dominello.

According to the report, people who also try to enter without showing anything will also be subject to arrest.

“Mr Dominello reiterated that those who refuse to show their vaccine status when entering shops, restaurants and other venues should be reported to the police,” reports News.com.au.

We now face a two tier society where the unvaccinated are not only brazenly discriminated against, but actually thrown in prison if they try to engage in basic commerce or lifestyle activities.

Report: Americans Being “Shamed” Into Getting Vaccinated by CDC Callers