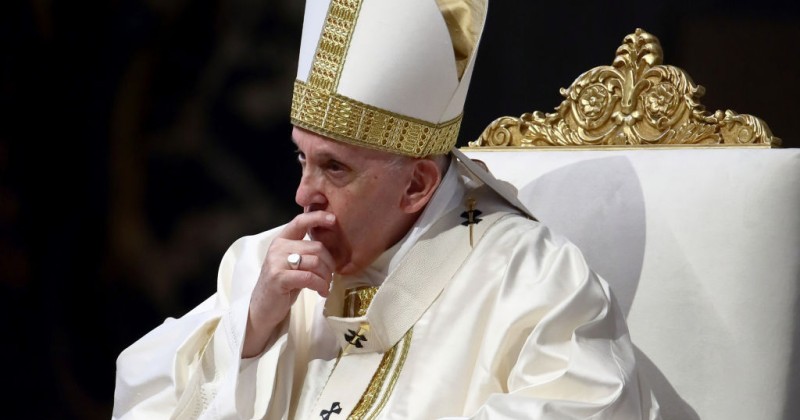 The Vatican is set to punish employees who refuse to comply with COVID-19 certification by not paying them.

Vatican staffers who are unable to prove they’d been jabbed or who refuse to pay for expensive negative COVID tests will be considered “unjustly absent” and paid no salary.

The new rules will go into force from October 1st onwards.

As we highlighted last week, the Italian government has also passed a decree applying to both the private and public sector ordering companies to withhold pay from workers who refuse to take the COVID-19 vaccine.

Those found working without the pass face fines of up to €1,500 euros after it was extended as a condition of entry for museums, stadiums, pubs, restaurants, and schools.

A sliver of good news is that Italians continue to hit the streets to protest the measures, with one video showing police officers removing their helmets in solidarity with the demonstrators.

Despite many Christians asserting a religious exemption to the vaccination, the Vatican itself is offering no such workaround.

Pope Francis has been a vehement supporter of the mass vaccination program, asserting that humanity “has a history of friendship with vaccines.”

“The Vatican has said that it considers it acceptable for Catholics to use vaccines, even those that use stem cell lines from aborted fetuses in their research,” reports the Mail.

As we highlight in the video below, by promoting vaccines and by proxy vaccine passports, the Pope is literally helping to grease the skids for what many fear could eventually turn into a ‘Mark of the Beast’ system that will demand total compliance in order to buy or sell.

And that’s far from his only anti-Christian position.