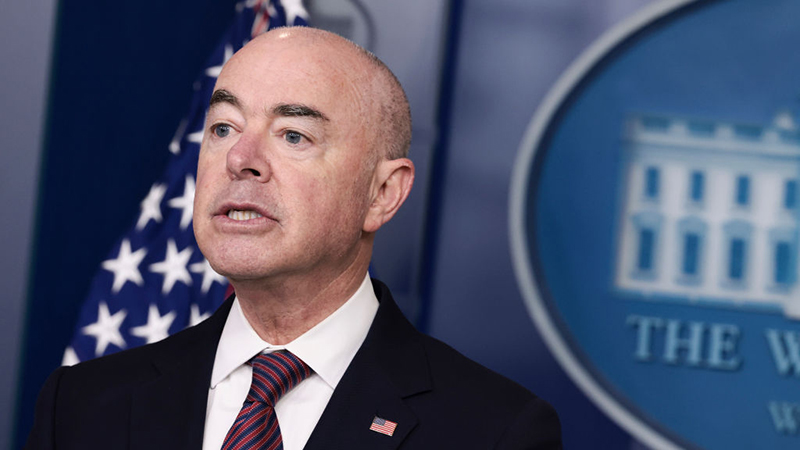 Republicans have warned that according to an insider at the Department of Homeland Security, the agency’s head Alejandro Mayorkas plans to FIRE border agents who are unvaccinated.

The whistleblower claims that the DHS will off a significant potion of the border workforce if they do not comply with the vaccine mandate and get the shots before November.

The ranking Member on the House Judiciary Committee, Rep. Jim Jordan wrote to Mayorkas asking for an explanation.

“While our border is facing this serious crisis, we have learned that you are threatening to terminate a significant portion of Customs and Border Protection (CBP) workforce,” Jordan wrote.

“It has come to our attention that the men and women of CBP have been given official notice that they must be fully vaccinated by November 2021 or face termination,” Jordan further stated, urging that “It is simply unbelievable that the Biden Administration will allow Covid-positive illegal aliens to surge across the border but will terminate dedicated law-enforcement officers who do not comply with Biden’s mandate.”

The development comes after Mayorkas declared that the flood of illegal migrants at the border, and the subsequent release of thousands of them into the U.S. is “one of our proudest traditions.”

Fox News host Chris Wallace asked why the Biden administration hasn’t erected a “wall or a fence” in response to the crisis.

Democrat Senator On Biden Afghanistan Debacle: “No One Is in Charge”