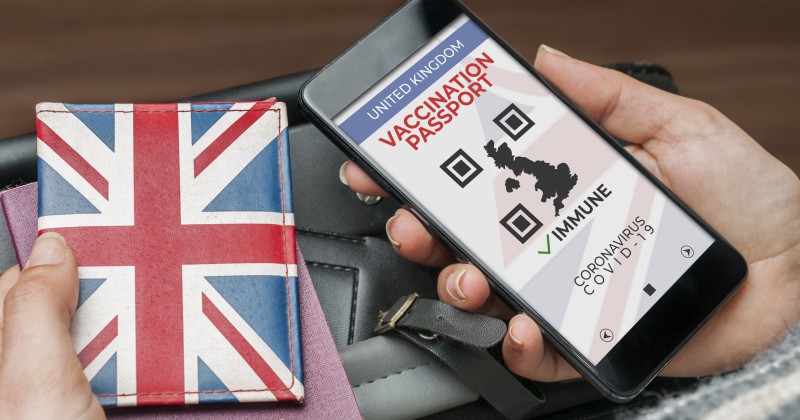 The British government has been accused of trying to bypass Parliament in an effort to implement vaccine passports via the backdoor, with the scheme under review AGAIN despite assurances it wasn’t being considered.

As we highlighted earlier this month, just a day after health secretary Sajid Javid asserted that the system had been scrapped, the government announced that vaccine passports would form an ‘integral’ part of its winter response to COVID if cases and hospitalizations rose.

Under the government’s ‘Plan B’, vaccine passports will form a “first-line defence” against a winter wave of COVID, despite their widespread use in Israel having proven to have zero impact on minimizing COVID cases.

Aware that it may struggle to get a vaccine passport system through a Parliamentary vote, the government is now launching a ‘public consultation’ in an attempt to enlist support for the scheme.

“The plans seemed to have been put on the backburner but on Monday night the Government launched a consultation, asking the public for views on the use of vaccine passports this autumn and winter if Covid-19 cases threaten to overwhelm the NHS,” reports the Telegraph.

“The Plan B proposals also open the door to the number of venues being widened beyond nightclubs, music venues, outdoor festivals, concerts and sports events.”

With the government refusing to commit to a vote, many respondents saw the move as the start of an effort to sidestep Parliament.

So, the @GOVUK are trying to sidestep a Parliamentary vote on Vaccine Passports for their Plan B winter scenario.

❌ No evidence passports would curtail COVID spread.
❌ No impact assessments on their harms
❌ No answer to discrimination and moral arguments

🛑 No evidence published to justify it

🛑 No commitment to a Parliamentary vote in advance

Vaccine passports are illiberal, discriminatory, and there's no evidence to suggest they work.

Call for evidence 'til 11 October. Have your say:https://t.co/DXCue5hJuC

Government's vaccine passport proposals for England:
• Assertion of benefits with no real-world evidence presented.
• No evaluation of costs.
• Prior immunity not even considered.

Remarkable.
Will the media interrogate? Will the Opposition oppose?https://t.co/dmCh1dkDFD