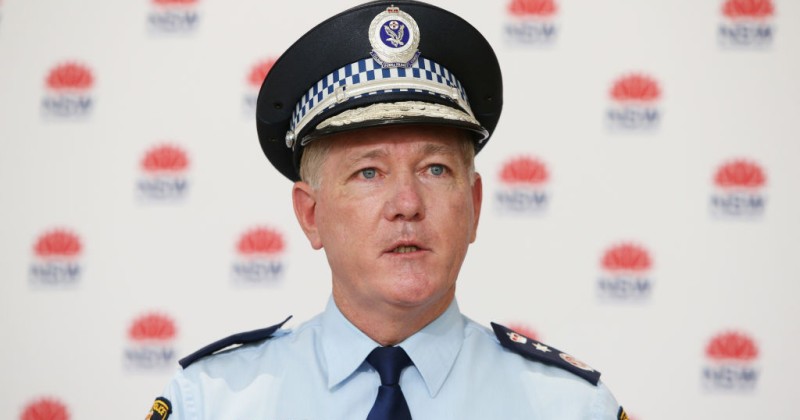 The Police Commissioner of New South Wales has refused to enforce the state’s vaccine passport mandate, revealing that officers will not be checking people’s vaccination status in restaurants, clubs or bars.

The government is preparing to pass a mandate that will ban all unvaccinated people from gaining entry to numerous venues up until at least December 1st in a repeat of the segregation scheme that has been adopted in numerous western countries.

However, after questions began to swirl about whether businesses would be forced to impose the measures on customers, NSW Police Commissioner Mick Fuller made it clear that his officers wouldn’t be on patrol.

“The role of police in terms of vaccine passports, we will not be walking through restaurants, cafes and pubs checking if people are double vaccinated,” he said.

“[But] we will certainly be assisting restaurant owners and shop owners if they are refusing entry to someone – we’ll certainly respond to assist those people.”

Health Minister Brad Hazzard asserted that it would be the police’s job to enforce the measures, but that doesn’t look like it’s going to happen.

Unlike in some countries, businesses won’t face fines if they allow unvaccinated people to enter, rendering the whole scheme rather pointless.

As we previously highlighted, many businesses in France are not enforcing the vaccine passport mandate despite it being the law.

After construction workers staged a protest outside union headquarters, the government announced it would be shutting down all work related to industry for two weeks as a punishment.

This led to further clashes between police and demonstrators, with riot cops and special units normally reserved for anti-terror operations unleashed on Aussies.