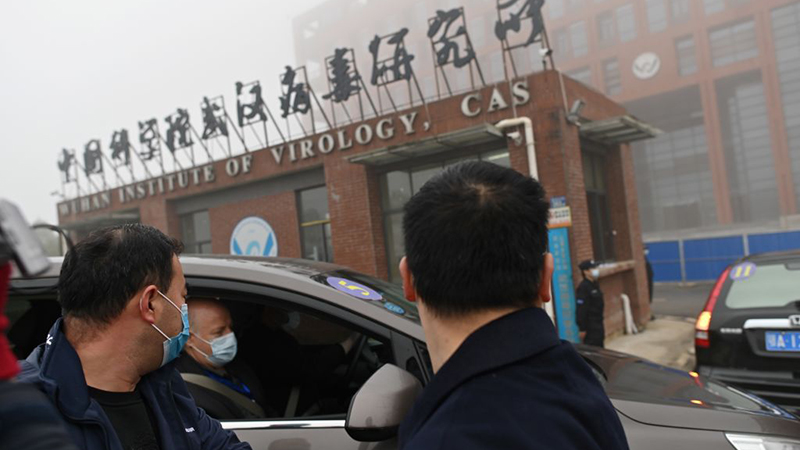 A bombshell report has concluded that scientists at the Wuhan Institute of Virology and their affiliated partners attempted to secure $14 million in funding from the Pentagon’s scientific arm DARPA to genetically alter viruses, including bat coronaviruses, and make them more infectious to humans, just eighteen months prior to the subsequent outbreak and pandemic.

The London Telegraph reports the findings revealed by Drastic, a web-based investigations team set up by scientists from across the world to look into the origins of Covid-19.

The documents they obtained, confirmed as genuine by former US government officials, show that DARPA turned down the request, saying the plans for yet more gain of function research were TOO DANGEROUS to the human population.

The documents also show that the plan involved genetically altering the bat coronaviruses to add “human-specific cleavage sites,” essentially making it easier for the virus to get into human cells.

This is EXACTLY what was discovered when Covid-19 was first genetically sequenced, prompting many scientists to suggest the virus had been genetically manipulated in a lab.

The documents reveal that the same cast of characters already under scrutiny regarding gain of function research in Wuhan submitted the plan to DARPA. Both British zoologist Peter Daszak of EcoHealth Alliance, who later attempted to shut down scientific debate on the possibility of a lab leak, and the “bat woman” Dr Shi Zhengli were intimately involved.

Angus Dalgleish, Professor of Oncology at St Georges, University of London, who maintains that the pandemic was likely a result of a genetically altered virus, said the research may have gone ahead even without the funding.

“This is clearly a gain of function, engineering the cleavage site and polishing the new viruses to enhance human cell infectibility in more than one cell line,” Dalgleish said.

The Telegraph notes that the plans were rejected by DARPA, with the agency noting “It is clear that the proposed project led by Peter Daszak could have put local communities at risk”, and further warning that proper consideration of the consequences of enhancing the viruses had not been undertaken.

Let that sink in. Even DARPA, the secretive military weapons development agency, the ones who have invented implantable microchips, cyborg dogs and drone killing machines said that the WIV gain of function plan was nuts.

The Telegraph also notes that a “Covid-19 researcher from the World Health Organisation (WHO), who wished to remain anonymous, said it was alarming that the grant proposal included plans to enhance the more deadly disease of Middle-East Respiratory Syndrome (MERS).”

“The scary part is they were making infectious chimeric MERS viruses,” the source warned.

Those findings dovetail with previous revelations in documents obtained under the FOIA showing that lab tampering was undertaken on MERS-like coronaviruses in several labs around Wuhan, including a level three biocontainment facility, which has lesser security that the level four labs previously mentioned in relation to the outbreak.

MERS viruses have 30-50 percent fatality rates, with the source noting “If one of their receptor replacements made MERS spread similarly (to COVID-19), while maintaining its lethality, this pandemic would be nearly apocalyptic.”

Drastic issued a statement on the latest findings urging “Given that we find in this proposal a discussion of the planned introduction of human-specific cleavage sites, a review by the wider scientific community of the plausibility of artificial insertion is warranted.”

The accumulating scientific evidence that points to a potential coronavirus lab leak, as well as China’s record on bio-security, and its constant stonewalling, warrants an adequate global independent investigation, which hasn’t happened.