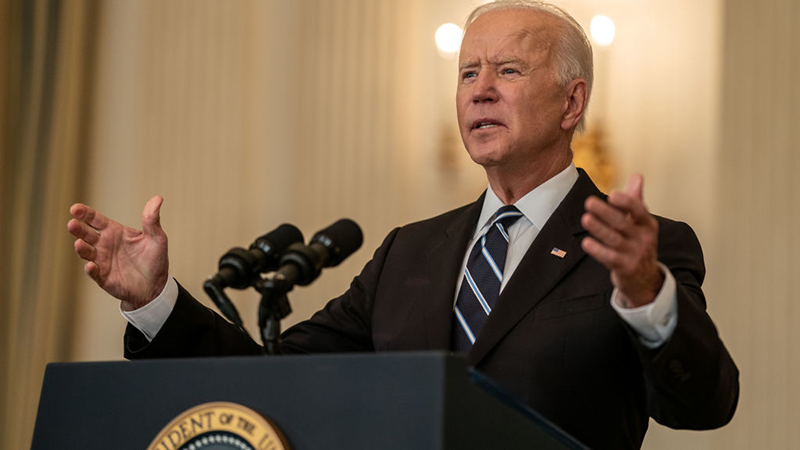 Senator Rand Paul responded to Joe Biden’s far reaching vaccine mandate announcement by stating that it ignores science and should be resisted by Americans.

Writing on Twitter, Paul noted “Vaccine mandates that ignore natural immunity ignore the science, are unscientific, and should not be adhered to or promulgated by the government.”

Paul has been making the point for months now that indiscriminate vaccination programs are anti-scientific because they do not take into account natural immunity, which is a better form of protection than experimental vaccines.

“Until they show me evidence that people who have already had the infection are dying in large numbers, or being hospitalized or getting very sick, I just made my own personal decision that I’m not getting vaccinated because I’ve already had the disease and I have natural immunity,” Paul said in May.

In a further statement Paul noted “To dictate that a person recovered from COVID-19 with natural immunity also submit to a vaccine — without scientific evidence — is nothing more than hubris. If you have no proof that people who acquired natural immunity are getting or transmitting the disease in real numbers, then perhaps you should just be quiet.”

Paul was one of scores of GOP lawmakers to speak out against Biden’s sweeping vaccine mandate announcement.

A college professor at the University of California, Irvine, has gone one further by bringing a lawsuit against the school system’s Board of Regents and president for forcing a vaccine mandate even for those who have immunity.

SBG reports that Aaron Kheriaty, professor of psychiatry and human behavior, brought the suit after he was informed his own natural immunity is of no significance where the vaccine mandate is concerned.

Kheriaty, also a director of UCI’s Medical Ethics Program and a member of the UC Office of the President Critical Care Bioethics Working Group, said “I feel like I’m being treated unequally.”

“If my immunity is as good, indeed, very likely better, than that conferred by the vaccine, there doesn’t seem to be any rational basis for discriminating against my form of immunity and requiring me to get a different form of immunity,” Kheriaty added.

Speaking about others who expressed concerns about the school mandate, Kheriaty further urged that “it became clear to me that if I, as a medical ethicist, didn’t stand up and try to represent those voices, then those folks would be steamrolled by these policies.”

A legal brief by Kheriaty and other faculty members states that “it violates medical ethics to expose someone to this risk when they have robust, durable immunity that actually neutralizes SARS-CoV-2 upon exposure.”

Research has proven that recovery from COVID provides better and longer lasting immunity than the vaccines. One study out of Spain even found that healthcare workers’ IgG antibodies to SARS-CoV-2 remained constant, if not increasing, seven months after infection, while those vaccinated are now being told they require booster shots.

Back in May, Dr. Marty Makary, a professor with the Johns Hopkins School of Medicine, noted that there is a general dismissal of the fact that more than half of all Americans have developed natural immunity to the coronavirus and that it constitutes “one of the biggest failures of our current medical leadership.”