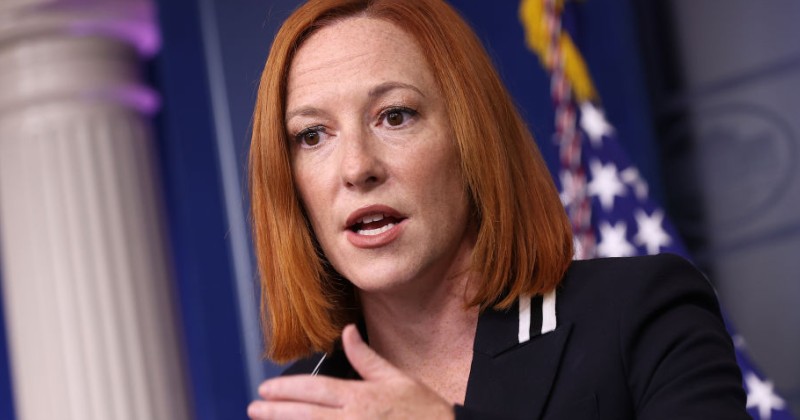 The Biden administration could be preparing to announce new COVID restrictions that will only apply to the unvaccinated, according to reports.

Joe Biden will make a new announcement today regarding the measures, but they were previewed yesterday by White House press secretary Jen Psaki.

Psaki was asked if and how the new measures would impact Americans’ lives, to which she responded, “It depends on if you’re vaccinated or not.”

When Psaki says: "It depends if you’re vaccinated or not" at the end of this, it feels like a scene in a dystopian movie. Don’t know what these new rules will be but clearly the White House is focused on how to force compliance with their agenda. Too bad, WE WILL NOT COMPLY! pic.twitter.com/mfZFAiLErj

She went on to give more details.

“There are six steps the president’s announcing, there will be new components,” Psaki told reporters.

Back in April, the Biden administration said they were not planning to try to introduce federal vaccine passports of the type that are creating two tier societies in other western countries.

At the time, Psaki told reporters, there would be no “federal vaccinations database” or a “federal mandate requiring everyone to obtain a single vaccination credential.”

It would be naive to think that Biden couldn’t do a complete 180 on the issue and announce the rollout of vaccine passports or something similar.

Don’t forget that in the UK, Brits were assured by vaccines minister Nadhim Zahawi that there was no plan to introduce vaccine passports even as the government was simultaneously funding their creation and penciling in their rollout for the end of this month.

As we highlighted earlier, Australia is already telling unvaccinated citizens that they will remain under lockdown indefinitely.

Earlier today, Premier Gladys Berejiklian told unjabbed Aussies, “You have been warned!” – adding that if they don’t take the shot, they won’t get their freedoms back.

“You Have Been Warned!”: Unvaccinated Australians Told They’ll Remain Under Lockdown