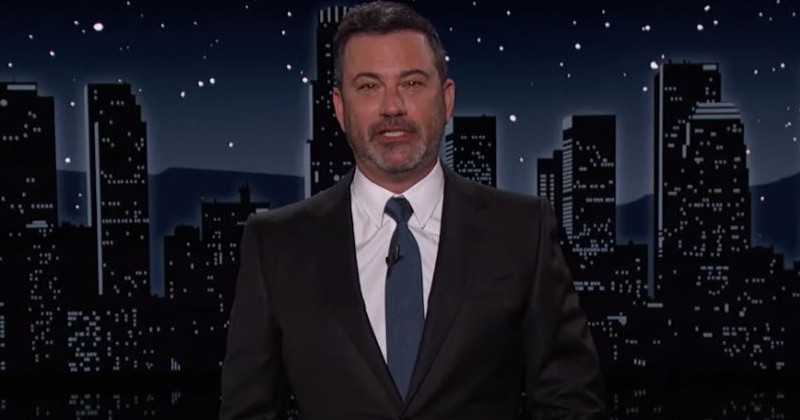 Jimmy Kimmel returned to the airwaves last night to amplify the debunked claim that poison control centers are reporting huge ‘spikes’ in calls from people taking ivermectin, despite the Associated Press having to publish a retraction admitting that this is not true.

“People are still taking this ivermectin, you know the poison control centers have seen this spike in calls from people taking this livestock medicine to fight the coronavirus, but they won’t take the vaccine which is crazy,” said Kimmel.

The comedian went on to chide people taking the drug for distrusting pharmaceutical companies, noting that it is sold by Merck.

“It’s like if you’re a vegan and you’re like, ‘No, I don’t want a hamburger. Give me that can of Alpo instead,” joked Kimmel.

“I leave you people alone for two months and you start taking horse worm medicine?” Kimmel said, adding “What a weird summer.”

The joke might have made sense if it wasn’t based on a manifestly provable piece of fake news.

As we highlighted earlier, the Associated Press was forced to retract its claim that 70 per cent of calls to the Mississippi Poison Control Center were about people ingesting ivermectin to treat COVID-19.

The actual figure was 2 per cent.

Rolling Stone Magazine was also humiliated after claiming that so many patients “overdosing” on ivermectin that Oklahoma hospitals were being “overwhelmed” and gunshot victims were going untreated.

The Northeastern Hospital System Sequoyah subsequently issued a statement clarifying that it “has not treated any patients due to complications related to taking ivermectin,” which “includes not treating any patients for ivermectin overdose.”

Maybe Kimmel’s team of writers should have alerted him to all of this before the show last night.

Kimmel e went on to joke that dumb Americans were depriving horses of the medication, deliberately omitting that there is a human version of the drug.

The controversy flared up again after podcast host Joe Rogan said ivermectin was one of the drugs he took to successfully recover from COVID, leading leftists to charge Rogan with pushing “misinformation” and encouraging others to take “horse dewormer.”

That prompted Rogan to point out that he was prescribed the drug by actual doctors.

Podcaster Joe Rogan asks whether he should sue CNN for saying he took horse dewormer:

“They’re making shit up … I literally got it from a doctor.” pic.twitter.com/DGHgD8F2J8

Elsewhere in his monologue, Kimmel also attacked radio host Alex Jones for promoting ivermectin and taking it on air, remarking, “I’ve never seen someone that mad drink a Topo Chico before.”