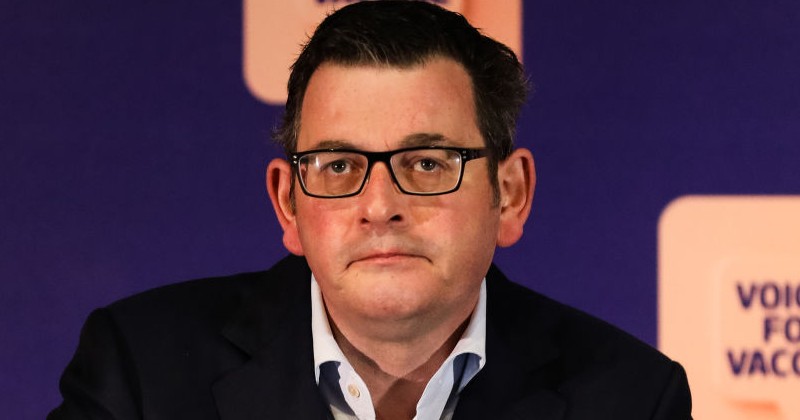 Authorities in Victoria, Australia have announced they will “lock out” unvaccinated people from being able to participate in the economy.

Premier Dan Andrews made the announcement during a press conference where he told citizens, who remain under a draconian lockdown and a 9pm-5am curfew, that the unvaccinated will be kept under such restrictions indefinitely.

“There is going to be a vaccinated economy, and you get to participate in that if you are vaccinated,” Andrews said. “We’re going to move to a situation where, to protect the health system, we are going to lock out people who are not vaccinated and can be.”

Victorian Premier Dan Andrews: "We've got everybody lockeddown. We're going to move to a situation where… we're going to LOCK OUT people who are not vaccinated…" pic.twitter.com/TtNdA1nxwb

Andrews then portrayed the unvaccinated as some kind of horde of unruly lepers, commenting, “It’s not going to be safe for people who are not vaccinated to be roaming around the place spreading the virus.”

The whole system will of course be enforced via a vaccine passport that will serve to reclassify the unvaccinated as second class citizens living in a segregated society.

The pronouncement once again underscores how vaccines are being used as a tool for population control, with the unvaccinated set to be frozen out of access to health care, social activities and the economy in general.

This is all happening while Israel, one of the most highly vaccinated countries in the world, experiences its highest ever COVID infection wave, because the efficacy of the vaccines is waning fast.

As we highlighted earlier, Australian health chief Dr. Kerry Chant says that COVID will be with us “forever” and people will have to “get used to” taking endless booster vaccines.

The timetable is now set for people to be forced to take government jabs every year simply to be allowed to perform basic lifestyle functions.

Those who refuse will at first be denied access to social activities and eventually could be barred from having bank accounts or even being able to make purchases as the true extent of the west’s chilling social credit score vaccine passport system comes into full view.

And then I told them after the seventh booster shot we’d let them see their families pic.twitter.com/w8MOHbyP05

UK Government Already Preparing For Another Lockdown in October