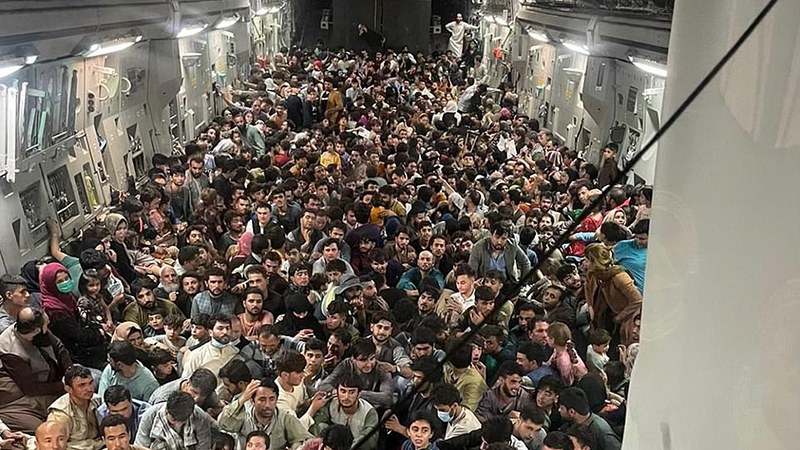 A startling photo has emerged of hundreds of Afghans crammed into a U.S. military C-17 that took off from Kabul amid the chaos and landed in Qatar, suggesting that the military was forced to make decisions to take off with refugees aboard, in the wake of a complete lack of any contingency from the hapless Biden administration.

Here’s the photo of the inside of the plane:

Will Joe Biden still insist this can’t be compared to the fall of Saigon?

The linked article from Defense One notes that it’s “believed to be among the most people ever flown in the C-17” which belongs to the 436th Air Wing, based at Dover Air Force Base in Delaware.

Defense officials said that the pilots had to make a decision to go with people onboard after they clambered up the ramp.

Leaked audio from the crew also revealed that they thought there were 800 people on the plane:

The flight was one of multiple C-17s that took off with hundreds of people inside, according to reports.

Footage we highlighted yesterday captured people desperately cramming into the planes, with some even clinging to the outside of the craft:

There were even reports of people falling to their deaths after the planes had taken off:

Reports also emerged of remains found in the wheel well of one of the C-17s:

GRAPHIC FOOTAGE, which is at this time unverified, claimed to show the trapped person filmed from inside the craft:

Of those who did make it onto planes, it is not clear where they will end up, but Biden announced last week plans to to allow thousands more Afghans to relocate to the U.S. as refugees, as well as “holding secret talks with more countries than previously known in a desperate attempt to secure deals to temporarily house at-risk Afghans who worked for the U.S. government,” Reuters reports.

There are reports that thousands of Americans are still trapped in Afghanistan, including journalists.

Army veteran Matt Zeller said Monday that he is “appalled” at Biden and has a list of 14,000 names of people who are desperate to get out of the country:

Meanwhile, sources say that the Taliban has begun door to door “retribution” searches for those who worked with America and its allies:

Video: Trump Warns Taliban Will Use Trapped Americans As “Hostages”

Video: Pentagon ‘Doesn’t Have An Answer’ When Asked How Weapons Will Be Kept Out Of Taliban Hands 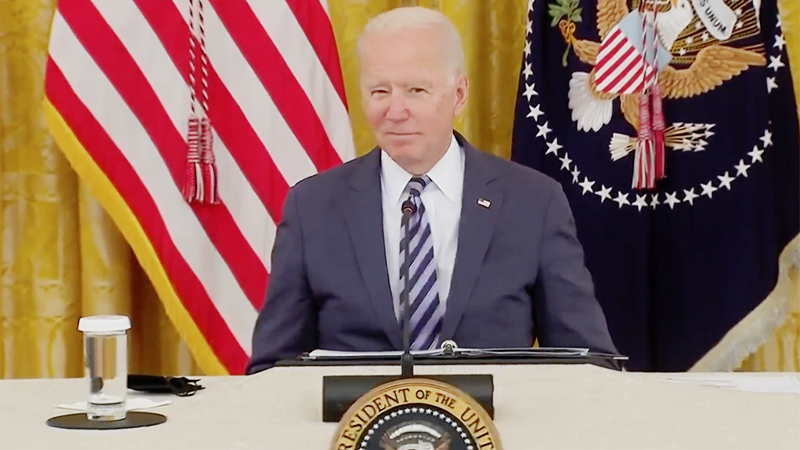