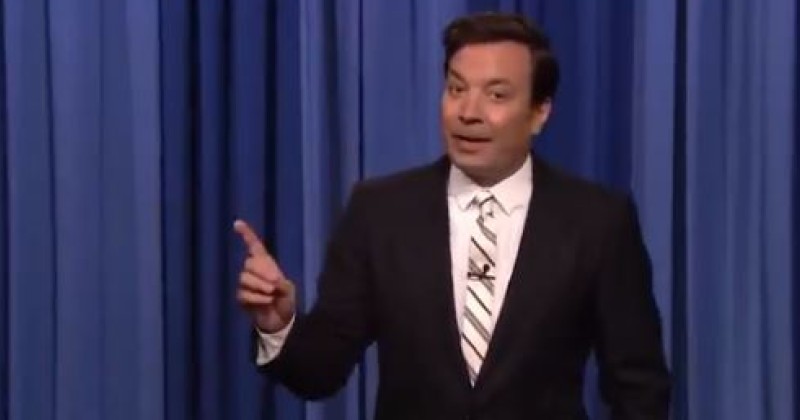 “The results of the 2020 census just came out – for the first time in American history, the number of white people went down,” said Fallon.

The in-house audience, the significant majority of whom were white, reacted with glee and elongated clapping.

Even Fallon seemed to be taken aback by the response, remarking, “Interesting reaction to that.”

He then made a few lazy jokes based on white people tropes before commenting, “Fox News declared it a national emergency.”

This is totally normal and not a little bit weird at all. pic.twitter.com/E0xkk79nAA

While the skit would previously have been a throwaway nothingburger, anti-white racism is now systemic within the entertainment industry.

As we highlighted last week, non-Hispanic whites in America have shrunk by 8.6% over the last decade alone and now account for 57.8% of the U.S. population – the lowest share ever.

This was celebrated by Washington Post journalist Jennifer Rubin, who welcomed the revelation as “fabulous news.”

As we have emphasized before, anyone who suggests that the demographic decline of white people may be a negative thing is demonized as a dangerous “conspiracy theorist.”

However, so long as you’re lionizing and soft lobbying for the elimination of people based on their skin color, that’s normal, funny and progressive.

Meanwhile, the entities that amplify all this claim to be combating racial discrimination while literally fomenting it.

But their audience appears to be dwindling.

“Fallon’s ratings, not surprisingly, have imploded over the past several years,” writes Chris Menahan.

The Truth About Simone Biles