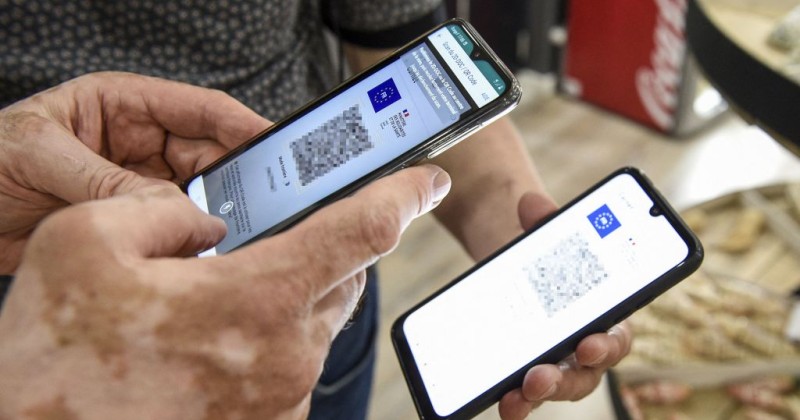 Anecdotal evidence detailed by former Google software engineer Mike Hearn strongly suggests that most restaurants, cafes and other businesses in France are not enforcing the country’s controversial vaccine passport system.

As we highlighted last week, on the first day the new program was in place, police were visibly patrolling bars and cafes demanding customers show proof they’ve had the jab.

However, this seems to have largely been a bluff as just days later, businesses and venues have become very lax at checking people’s papers despite the threat of large fines.

“I decided to do a simple experiment to find out: always present an expired test even though I had a valid negative one, and see what happens,” writes Hearn.

“Over a four day stay I was required to show a valid pass exactly zero times; that includes at the airports in both directions. Compliance is absolutely min viable and often lower.”

“At small businesses enforcement was non-existent: sometimes the pass requirement was ignored entirely, other times we were asked “do you have a pass” and our answer wasn’t checked. One restaurant had come up with a clever way to detect police stings without requiring customers to actually present a pass. As expected, enforcement was stricter by larger firms, however even there we saw the following:

– Test certificates being checked once and then swapped for a token that doesn’t expire.
– Expired tests being accepted.
– People accepting paper test certificates without scanning them.
– Scanning tests and then not looking at the screen to see the results.
– Accepting QR codes that failed to scan.”

Hearn also reveals how mask mandates in theme parks and other venues are also not being followed, despite signs everywhere ordering people to cover their faces, while social distancing is also a “forgotten memory.”

Images showing empty cafes and bars on the first day the system was introduced may have spooked venues into taking a hands off approach.

In passing the law but failing to ensure that it is enforced, France is following the same model as Israel, where the point of introducing the system wasn’t really to enforce it, but merely as a means of bullying young people into getting the vaccine.

As we highlighted last week, despite the odious and draconian nature of the vaccine passport system, President Macron asserted that the it was actually introduced to protect people’s “freedom,” which is like saying putting you in prison is for your own safety.