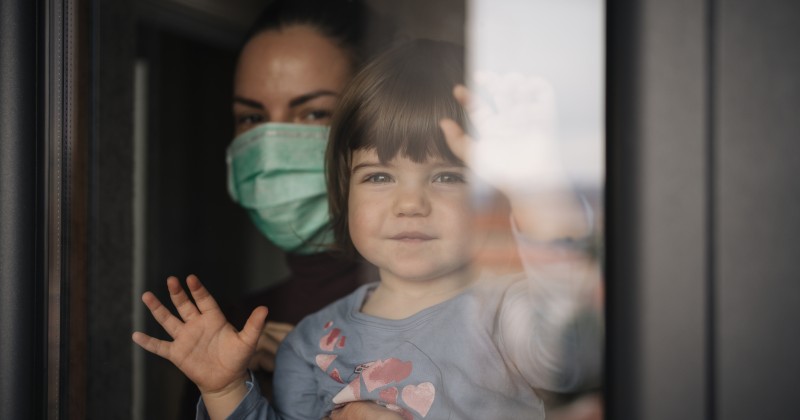 A new study has found that mean IQ scores of young children born during the pandemic have tumbled by as much as 22 points while verbal, motor and cognitive performance have all suffered as a result of lockdown.

“With limited stimulation at home and less interaction with the world outside, pandemic-era children appear to have scored shockingly low on tests designed to assess cognitive development,” reports the Guardian.

The study was conducted by researchers at Brown University and included 672 children born both before and after the pandemic began in March 2020.

Researchers concluded that the primary reason for the impairment on cognitive functioning was lack of stimulation and interaction at home.

According to lead study author Sean Deoni, “The ability to course-correct becomes smaller, the older that child gets,” meaning that this inferior foundation is likely to impact the child throughout adolescence and into adulthood.

As Michael Curzon notes, all of these factors were exacerbated by lockdown measures which kept babies and young children away from other children, as well as mask mandates.

“Children born over the past year of lockdowns – at a time when the Government has prevented babies from seeing elderly relatives and other extended family members, from socialising at parks or with the children of their parent’s friends, and from studying the expressions on the faces behind the masks of locals in indoor public spaces – have significantly reduced verbal, motor and overall cognitive performance compared to children born before, according to a new U.S. study. Tests on early learning, verbal development and non-verbal development all produced results that were far behind those from the years preceding the lockdowns.”

The study was conducted in the state of Rhode Island and included predominantly white children.

The fate of poorer children from less affluent socio-economic backgrounds, most of whom will be non-white, is likely to be significantly worse.

However, don’t expect many leftists, who in general have vehemently supported draconian lockdowns, to care much about that.