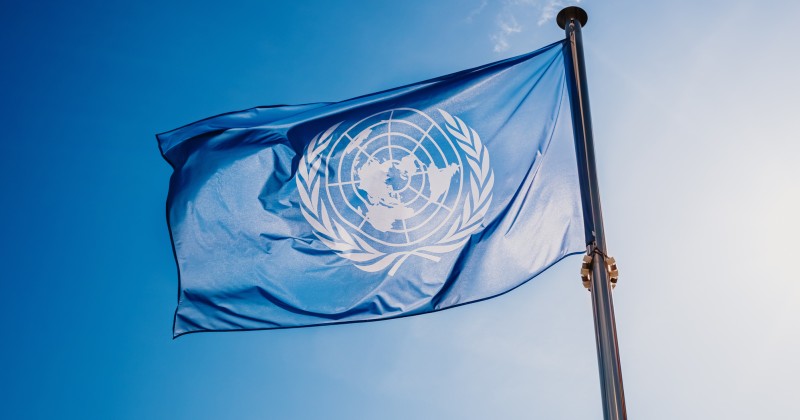 A Swedish politician who suggested that the UN’s “code red” climate report was “scare propaganda” was subsequently forced to resign from her political party.

Hundreds of the same individuals who amplified that message are preparing to board fleets of CO2-belching airliners to lecture the rest of us once again at an upcoming climate summit later this year in Scotland.

One woman who dared express a modicum of skepticism was Ingrid Vesterlund of the Centre Party.

In an interview with a local newspaper in Luleå, Vesterlund criticized alarmist media coverage of the IPCC report, commenting, “It’s obviously a disaster whether it’s sun, rain, wind, wind, sea or water – everything is a catastrophic situation right now.”

After party colleagues distanced themselves from Vesterlund’s remarks, she immediately offered her resignation, saying that she didn’t want to “harm” the party.

Vesterlund even tried to walk part part of her remarks, but was booted from the party anyway.

“That’s right. It went wrong and I regret the interview to the extent that it did not appear what I really wanted to get out,” she said.

“I do not deny the content of the UN climate report, but wanted to highlight that there are other reports that show a different picture than the one that is usually painted in the media,” Vesterlund added.

An added irony to the story is the fact that Jim Kossin, one of the authors of the UN report, openly lauded the fact that people “starting to get scared” in reaction to fearmongering rhetoric was a benefit to the UN’s political agenda.

“I think more and more people are starting to get scared,” said Kossin, adding, “I think that’ll help to change people’s attitudes. And hopefully that’ll affect the way they vote.”

So in other words, Vesterlund was basically booted for agreeing with an actual member of the UN panel that produced the report.

Says people shouldn’t be allowed to fly to Fiji, before admitting she just flew to Fiji. 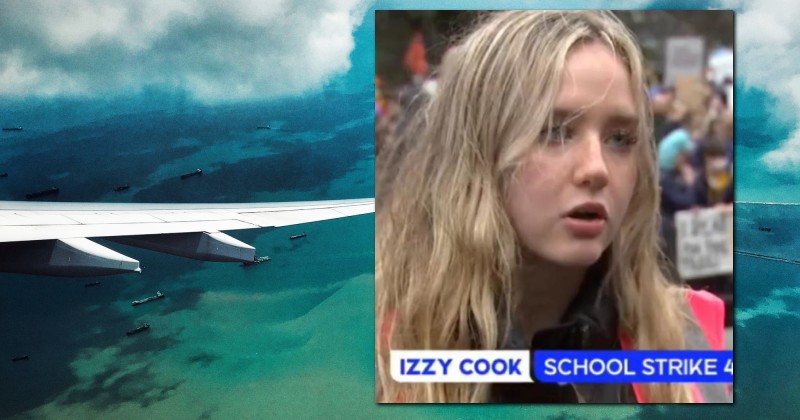 A Greta Thunberg-style climate activist asserted that people shouldn’t be allowed to fly to places like Fiji due to the harm it does to the planet, before admitting that she had just flown to Fiji.

“So we would have to apply to have like, approved events to be able to fly for?” du Plessis-Allan asked.

“Well that’s one thing that you could look at doing,” Cook said.

“Am I allowed to go to Fiji? Is that necessary?” du Plessis-Allan asked.

Cook replied, “In the current climate crisis I don’t think that that’s necessary.”

The host then quizzed Cook on the details of her previous plane trip.

Climate change activist Izzy Cook tells everyone not to travel to places like Fiji by plane to save the planet and then is asked where she flew last… she flew to Fiji.

The host couldn’t help but burst out laughing.

Of course, now that the activist and her hypocrisy has been exposed, the media is rushing to amplifying claims that she is being “bullied.”

By using children as human shields for their agenda (they did it with Greta for years), climate change groups can protect themselves against criticism by claiming anyone who questions their propaganda is attacking minors.

This “do as I say, not as I do” attitude is also common to virtually all ‘climate activists’, the vast majority of whom come from privileged backgrounds and enjoy lives of luxury while telling everyone else to make sacrifices.

Last year, it was revealed he had flown 120,213 miles miles on private jets & helicopters over the last 5 years alone.

And how they’d do the same to comply with a social credit-style carbon rationing scheme. 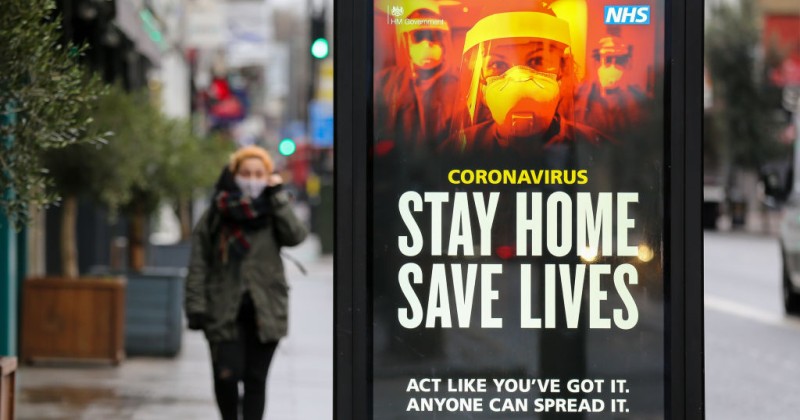 An opinion piece published by the World Economic Forum lauds how “billions” of people complied with “restrictions” imposed as a result of lockdown, suggesting they would do the same under the guise of reducing carbon emissions.

The article is titled ‘My Carbon’: An approach for inclusive and sustainable cities’ and was written by Mridul Kaushik, Mission Director, Smart Cities Mission, Ministry of Housing and Urban Affairs of India.

The subject of the piece is how to convince people to adopt “personal carbon allowance programs” given that such schemes have so far been largely unsuccessful.

However, Kaushik notes that improvements in tracking and surveillance technology are helping to overcome “political resistance” against such programs.

Writing that “COVID-19 was the test of social responsibility,” Kaushik commends how, “A huge number of unimaginable restrictions for public health were adopted by billions of citizens across the world.”

“There were numerous examples globally of maintaining social distancing, wearing masks, mass vaccinations and acceptance of contact-tracing applications for public health, which demonstrated the core of individual social responsibility,” he adds.

In citing how so many people complied with lockdown mandates, despite overwhelming evidence of the harmful consequences such restrictions had on society, Kaushik implies that they’d behave in a similarly obsequious manner in other areas of life.

Such conformity would be encouraged via technology, including artificial intelligence, digitization and “smart home” devices, argues Kaushik.

The article goes on to call for a social-credit style carbon emissions rationing scheme that would provide “individual advisories on lower carbon and ethical choices for consumption of product and services.”

We previously documented how technocrats are preparing “mandatory” personal carbon allowances that would introduce rationing into every area of your life via an app that would record your travel, heating expenses and even the food you eat.

As we highlight in the video below, climate change groups are also working with television producers to insert messages about global warming and carbon emissions into shows. 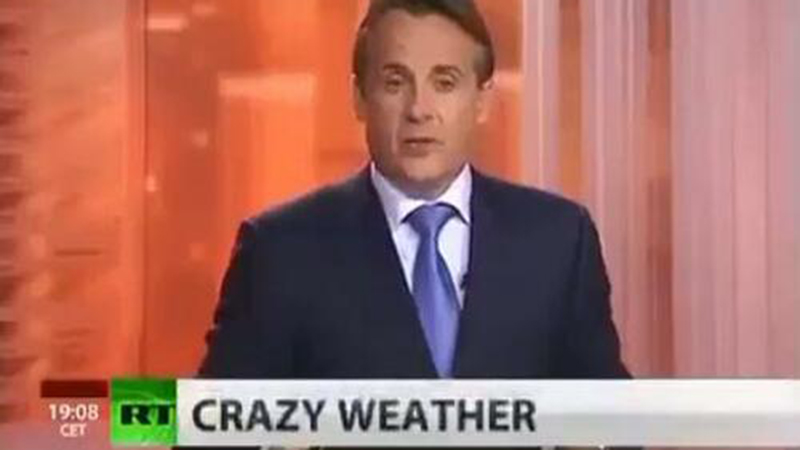 This year’s heat waves and subsequent droughts resulted in the hottest summer in recorded European history,according to a report by the Copernicus Climate Change Service (C3S) – an EU-funded Earth observation agency.

“We’ve not only had record August temperatures for Europe, but also for the summer, with the previous summer record only being one year old,” said Freja Vamborg, a senior scientist at the Copernicus Climate Change Service.

Of course, this ‘record’ heat in the summer has prompted activists to trot out the same old tropes that this ‘confirms climate change’ is having a catastrophic effect on the world already. With the energy crisis facing Europe, this is not a particularly comfortable topic as numerous nations abandon – albeit apparently temporarily – their green policies in favor of not letting their citizenry starve or freeze.

Given that it’s all ‘settled science’, the following RT News anchor was probably expecting a rote response to his questions about climate change.

He was in for a big surprise…

Piers Corbyn – physicist, meteorologist, and elder brother of former UK Labor Party leader Jeremy Corbyn – explained to the shocked RT anchor that the climate “has always been changing, but this has nothing to do with man”

The astrophysicist instead believes that changes in the Earth’s climate and its weather are dictated primarily by cyclical activity on the surface of the sun (and not, pointedly, by the effects of carbon dioxide in the atmosphere).

“For one thing science doesn’t do settled opinions,” Corbyn says.

“And for another they are all wrong.”

“Surely man has something to with this,” exclaims the struggling new anchor, to which Corbyn responds:

“No, the only connection is that man is here at the same time as the sun and the moon are doing things.”

The frustrated anchor falls back to consensus, asking “so how come then that so many climate change scientists disagree with you and they get so much support for that?”

“…those that say this are just trying to make money… They’re on a gravy train for heaven’s sake.”

Watch the brief interview below:

Finally, we note that in former UK PM Boris Johnson once lauded Corbyn as “the world’s foremost meteorological soothsayer”.

We suspect this is the last time Mr.Corbyn will be allowed on TV…