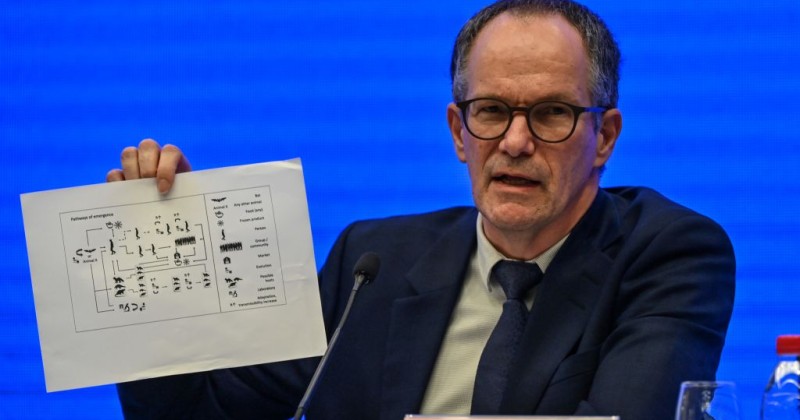 One of the World Health Organization’s leading infectious diseases experts says that the first COVID ‘patient zero’ was “likely” a lab worker at the Wuhan Institute of Virology.

Peter Embarek, who spearheaded a WHO team sent to investigate the lab earlier this year, told Danish television that the likely source of the pandemic was someone infected by a bat during fieldwork or at one of the laboratories in Wuhan.

“This is where the virus jumps directly from a bat to a human,” reports Denmark’s TV 2 News. “In that case, it would then be a laboratory worker instead of a random villager or other person who has regular contact with bats. So it is actually in the probable category.”

The report notes that the type of bat involved in passing on the infection, the horse shoe bat, was only present inside the Wuhan lab and does not live naturally in the general Wuhan area.

“An employee who was infected in the field by taking samples falls under one of the probable hypotheses,” said Embarek.

Embarek’s new assessment contradicts the results of the WHO investigation, which originally asserted that the lab leak origin was “extremely unlikely.”

Wow! Patient Zero in the pandemic may have been infected in a laboratory says @WHO inquiry chief Peter Ben Embarek https://t.co/yWkwG381Ad

Polls now show that the majority of Americans believe the coronavirus didn’t emerge out of wet markets in Wuhan, but was leaked from the nearby lab.

For the best part of a year after the outbreak, the scientific establishment and the mainstream media asserted that claims COVID originated from the Wuhan lab were a “dangerous fringe conspiracy theory.”

People who made such claims on social media sites were silenced and banned by Silicon Valley giants.

So-called ‘fact-checkers’ and censors who worked to cover-up such information may turn out to have helped facilitate one of the biggest cover-ups in modern history.

Will any of them apologize or change their policies?