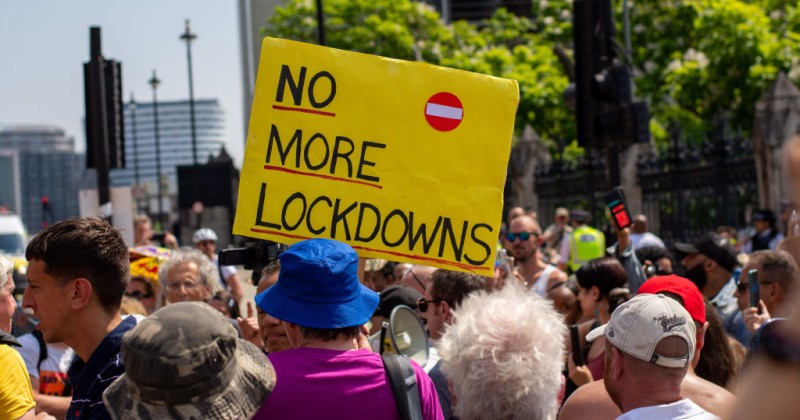 A top SAGE adviser to the UK government says that COVID lockdowns can no longer be justified and that measures to control the virus should instead be aimed at protecting the most vulnerable.

Professor Andrew Hayward, a University College London epidemiologist, said that the days of disruptive restrictions imposed on everyone should end in favor of a more targeted approach.

“I think as we generally move into an endemic rather than pandemic situation the potential harm that a virus can cause at a population level is much less,” Hayward told BBC Radio 4.

“And so I think, not only in testing but in all sorts of forms of control, as we move into a situation where we’re coming to live with this virus forever, then we target the measures to the most vulnerable rather than having the more disruptive measures,” said the professor.

Hayward’s view that we need to learn to live with the virus was echoed by signatories to the Great Barrington Declaration, in which 12,000 scientists asserted that the strategy should be centered on “focused protection,” not endless lockdowns.

However, the UK government is still pursuing the idea of vaccine passports for some venues from September onwards while eliminating the option of negative COVID tests, despite the fact that fully vaccinated people can still catch and spread the virus.

The domestic passports have proven highly controversial in France, where police were seen earlier this week checking the medical papers of people sitting outside at cafes.

As we previously highlighted, some lockdown advocates appear to be upset that the restrictions might not make a return, with a Guardian journalist writing about how he is “going to miss being locked down.”