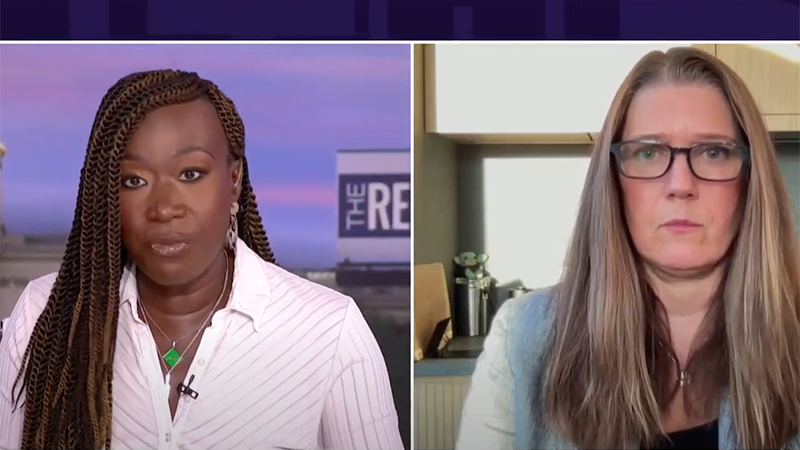 MSNBC host Joy Reid conveniently explained away the fact that back in September and November 2020 she put out anti-vaccine statements, saying it was ok to do it then because Donald Trump was the President.

“I have taken a lot of heat for having said back in September that, if Donald Trump remained president, I wouldn’t trust anything that was coming out in terms of vaccines that he was offering, and that it was difficult to trust the CDC after he had warped it so thoroughly, and that, even if he wasn’t president, it would be difficult to restore that kind of trust,” Reid said recently.

Here’s an example of anti-vaxxer Reid back then:

During a broadcast last week Reid declared “I said that because, in my mind, a psychopath was president. And if a psychopath is telling you, this vaccine — which is really for my reelection — is what you should take, there’s a good reason not to trust that,” she continued.

“But now there’s not a psychopath in the White House,” Reid clarified.

She then asked Trump’s stranger hater niece Mary Trump “Do you think that there’s some way to shift, kind of, the attitudes of people who are just hesitant, based on the fact that, ‘Look, guys, there’s not a madman there now?”

“You can trust the government when it’s in the hands of someone sane,”  Reid further added.

As journalist Glenn Greenwald points out, Reid suddenly shifting her propaganda like a change of the wind is nothing out of the ordinary:

Women, Kids Killed In Kabul As Biden’s State Dept. Writes Strongly Worded Letter To Taliban Asking Them To Be Nice

Video: AOC Puts Mask On For Photo Op With Crowd Of Leftists, Then Removes It Again Immediately