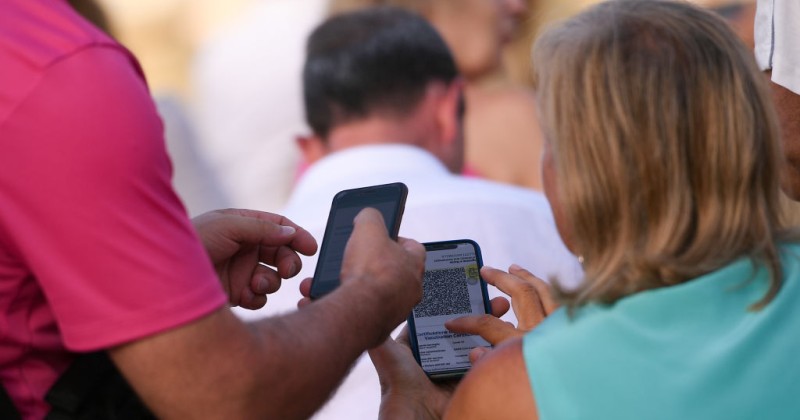 Despite massive protests against the measures, Italy is set to extend its vaccine passport system to public transport and schools from September 1st.

Potentially exacerbating growing public contempt towards the draconian rules, authorities announced that the list of venues where the passport would be required is to be extended.

From the start of next month, teachers will be out of a job unless they take the vaccine and get the pass, while university students will be unable to attend classes without it.

The unvaccinated will also be banned from using long distance public transport, meaning that holidays, travel for work and visiting relatives will become impossible for many.

As of last week, venues such as museums, stadiums, theaters gyms, and indoor seating spaces at bars and restaurants all required vaccine identification.

“Customers and venues may face fines ranging from €400 to €1,000 ($470 to $1,180) if businesses fail to implement the regulation. Institutions that frequently break the rule risk being shut down for up to ten days by the authorities,” reports Reclaim the Net.

In an Orwellian statement, Health Minister Roberto Speranza said the extension of the scheme to include schools and public transport was necessary to “avoid closures and to safeguard freedom.”

As we highlighted last month, the Italian parliament saw protests against the domestic passports when MPs who held up signs saying “no green pass” were chased out of the building.

Italians also hit the streets in numerous cities the demonstrate against the plan, with protesters in Turin chanting, “No dictatorship!”

All across Europe, governments are creating two tier societies that will entrench total discrimination against the unvaccinated, who will remain under de facto lockdown measures indefinitely.

As we highlighted earlier, in France which has imposed one of the most draconian systems, police are now on patrol checking the vaccine papers of people sitting outdoors at cafes.