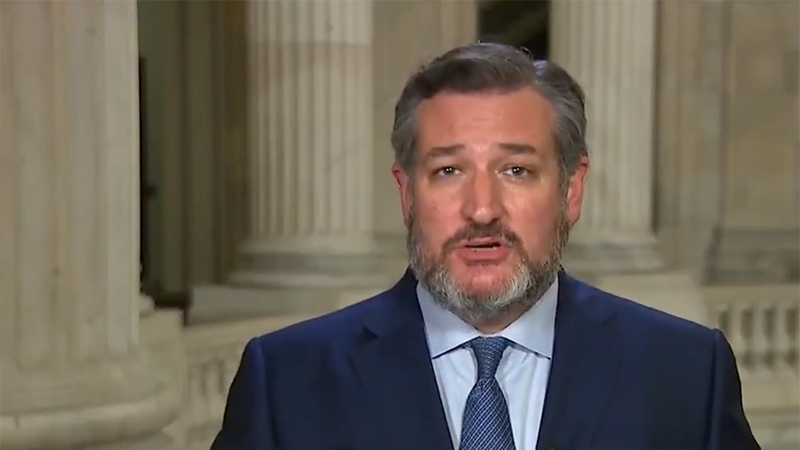 As we noted yesterday, Biden and his staff keep sidestepping the fact that while they lecture Americans about following COVID rules and getting vaccinated, thousands and thousands of untested and unvaccinated migrants are being allowed to cross the southern border into U.S. cities every day.

Introducing Cruz, Fox News host Sean Hannity noted “There [is a] high rate of COVID positivity at that border. Any American that is infected because Joe is not enforcing the laws of this country can blame Joe Biden for COVID. And if you die, I would blame Joe Biden too.”

“People across the state of Texas and the country are pissed and should be pissed. People are dying, and Joe Biden doesn’t care,” Cruz chimed in.

And as Cruz pointed out, this isn’t the only problem, because at the holding facilities “Kids are getting sexually assaulted and raped, and Joe Biden and Kamala Harris don’t care.”

“We’ve had over a million illegal immigrants in the past six months, and they don’t care,” Cruz further proclaimed.

Hannity added that “For Americans, its vaccine and mask mandates, vaccine passports, but for Joe’s illegal immigrant population there’s no testing, high positivity rates, and you get to spreading it all around the country.”

“They tried to portray it as an extreme choice,” said Cruz of COVID vaccines, adding “They say if you think people [should have] individual choice, then you don’t believe in science and want everyone to die.”

“They don’t care if you’ve had COVID and have natural immunity,” said Cruz, adding, “It’s not about the science. It’s about controlling your lives.”

Last week in the Senate, Cruz labelled the CDC’s reversal on mask mandates, even for vaccinated people, as the ultimate “virtue signal”, and charged that it equates to “the Biden administration telling people, vaccines don’t work.”

NFI: Pathetic Pelosi Says She Had ‘Other Parties To Go To’ After Being Uninvited From Obama’s Superspreader Event