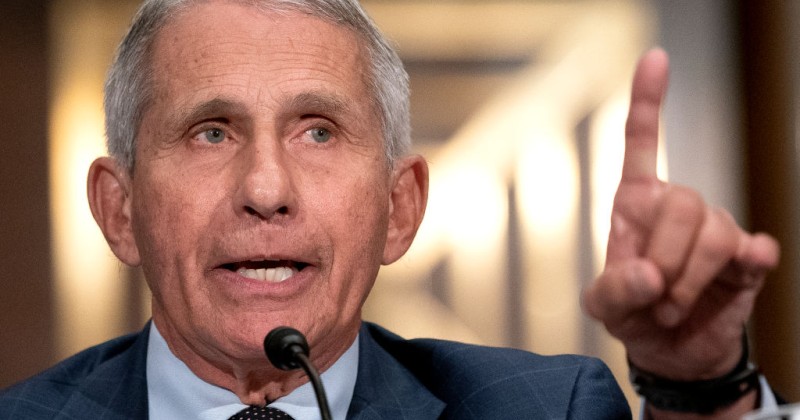 Baylor College of Medicine Professor Peter Hotez has published a paper suggesting it should be a “hate crime” to criticize Dr Anthony Fauci and other scientists.

Dr. Hotez, who is a frequent guest on MSNBC and CNN, lobbied for criminal punishments to be introduced in a recently published paper called Mounting Antiscience Aggression in the United States.

According to Hotez, a “band of ultraconservative members of the US Congress and other public officials with far-right leanings are waging organized and seemingly well-coordinated attacks against prominent US biological scientists.”

This is apparently emboldening “far-right extremists” who are engaging in “antiscience aggression” by questioning the response to the COVID-19 pandemic and the vaccine rollout.

Hotez trots out the usual Nazi comparisons to emotionally assert, “Not taking action is a tacit endorsement, and a guarantee that the integrity and productivity of science in the United States will be eroded or lose ground.”

This is an actual graphic from an article published in a biology journal defending Anthony Fauci & Peter Daszak from "far-right extremists."https://t.co/JHrxLzaTY6 pic.twitter.com/DIYhgX8ruu

“We should look at expanded protection mechanisms for scientists currently targeted by far-right extremism in the United States,” he writes. “Rep. Paul Tonko (D-NY) has introduced a bill known as the Scientific Integrity Act of 2021 (H.R. 849) to protect US Government scientists from political interference, but this needs to be extended for scientists at private research universities and institutes. Still another possibility is to extend federal hate-crime protections.”

This is yet another transparent effort to dehumanize anti-lockdown protesters and demonize people who merely want to exercise bodily autonomy while elevating Fauci and his ilk to Pope-like status.

Science isn’t supposed to be a religious dogma that is set in stone, it’s an ever-evolving knowledge base that changes and improves thanks to dissent and skepticism.

“The federal hate crime laws focus on basis of a person’s characteristics of race, religion, ethnicity, nationality, gender, sexual orientation, and gender identity. We have seen calls for adding professions like police officers, which I also opposed. As with police officers, the inclusion of such professions would have a direct and inimical impact on free speech in our society. Indeed, it would create a slippery slope as other professions demand inclusion from reporters to ministers to physicians. Hate crimes would quickly apply to a wide array of people due to their occupations.”

“What is most striking about the article of Hotez is its lack of analytical balance. He rages against the right without even acknowledging how social media companies have already enforced a massive censorship program that bars even reporting the results of public clinical trials or repeating CDC positions on vaccinations. For a year, Big Tech has been censoring those who wanted to discuss the origins of pandemic and those who suggested the lab theory were attacked as right-wing conspiracy theorists. It was not until Biden admitted that the virus may have originated in the Wuhan lab that social media suddenly changed its position. Facebook only recently announced that people on its platform will be able to discuss the origins of Covid-19 after censoring any such discussion.”