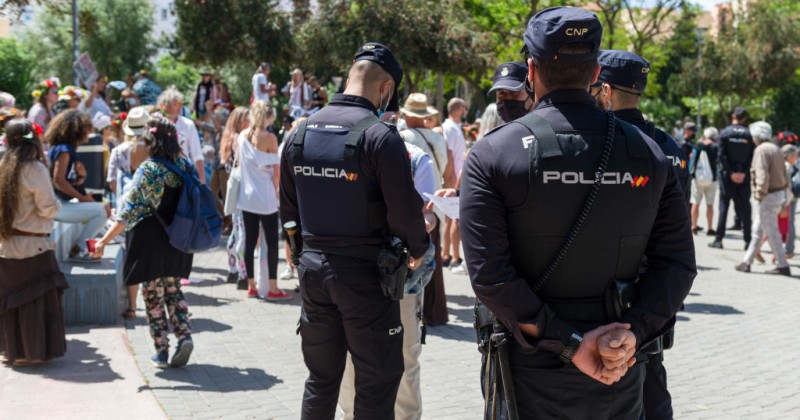 Under the justification of stopping the spread of COVID-19, officials on the Spanish island of Ibiza are planning to hire teams of snitch squads made up of foreigners who will report illegal house parties to the authorities.

Organizers of illegal parties face gigantic fines of up to €600,000 euros, but that apparently hasn’t deterred some people from risking financial ruin after local authorities once again shut down nightclubs and imposed a ban on mixed household gatherings from 1am to 6am.

Local official Mariano Juan appealed for “outside help” after explaining that it was hard for police to infiltrate the parties because officers were known to locals.

He added that authorities are working with a private company to hire “foreigners between 30 and 40 years old” who can infiltrate the parties and then report back to police.

In other words, the government is hiring private snitch squads to grass people up for having fun in their own homes.

“The idea has… been heavily criticised by the Socialist party, which leads the regional administration covering Ibiza,” reports the Guardian. “A spokesperson, Vicent Torres, called on the island’s officials to put forth “serious proposals that have legal backing” rather than “acting irresponsibly by launching ideas that we cannot agree to.”

Strong contender for the most 2021 story of the week: https://t.co/OHBQIVNwpT

Draconian efforts to enforce coronavirus rules are still underway despite a recent ruling by Spain’s top court which concluded that the country’s lockdown was unconstitutional.

Spain’s lockdown was characterized by innumerable dystopian facets that confirmed it as one of the most brutal in Europe.

During the first six weeks of the lockdown, stay at home measures were so strict that Spaniards weren’t even allowed to go outside to exercise or walk their dogs.

In one case, police were called after a neighbor spotted two brothers playing soccer in their own back yard.

For many months during hot weather, wearing masks in every outdoor setting, even on beaches, was compulsory and authorities briefly told citizens that wearing masks while swimming in the sea was mandatory.

People were also issued fines of €2,000 euros for “disrespecting” a police officer during lockdown.

Numerous instances of police beating people for not wearing masks also emerged, while protesters at one point freed a woman from police arrest while cops were trying to handcuff her for not wearing a face covering.

Clarkson: “Communist” Government Advisors Want to Lock Us Down Forever