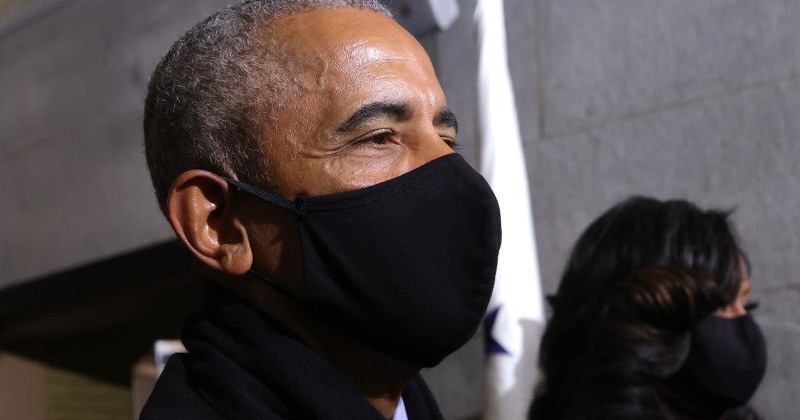 The Chinese Communist Party has accused Barack Obama of creating a “super spreader event” by hosting a party at his Martha’s Vineyard mansion that will be attended by hundreds of people.

As we highlighted earlier, Obama will stage the mass gathering despite a nearby outbreak of the COVID-19 delta variant in Provincetown.

Guests will include Oprah Winfrey, George Clooney, and Steven Spielberg along with around 200 staff to service the privileged attendees.

Mark Steyn summed up the hypocrisy of the occasion when he told Tucker Carlson, “I couldn’t go to granny’s 90th birthday but it’s perfectly fine for Barack Obama to have 500 people because our rulers are so much better than us.”

Now Chinese Communist Party mouthpiece the Global Times has got in on the act by questioning why as Americans are being told to mask up and social distance once again, Obama and his rich friends can gather in huge numbers.

“It is generally agreed among experts that vaccinated people should also wear masks and respect social distancing to minimize the risks,” states the editorial.

“Therefore, the highly infectious Delta variant brings the question of whether Obama’s upcoming party will become a super spreader event that overshadows the US’ already wretched fight against the pandemic.”

The piece goes on to assert that Obama is displaying a “neglect for life and human rights” and ” throwing the interests of Americans and the reputation of the US into the mud.”

It’s beyond a joke for the Communist Chinese, who were almost certainly responsible from leaking COVID-19 from the Wuhan lab in the first place, to lecture anyone about “super spreader” events.

However, they are correct in identifying how the disconnect between the media’s condemnation of Trump rallies and their silence on Obama’s mass gathering only serves to create more division.

As we previously highlighted, the elite have exploited the pandemic to segregate themselves from the rest of humanity by escaping the same rules that have been imposed on everyone else.

Billionaires like Google co-founder Larry Page have been hiding out on and buying isolated private islands in Fiji to avoid tourists who aren’t allowed in.

NIH Director Says Parents Should Wear Masks Inside Their Own Homes