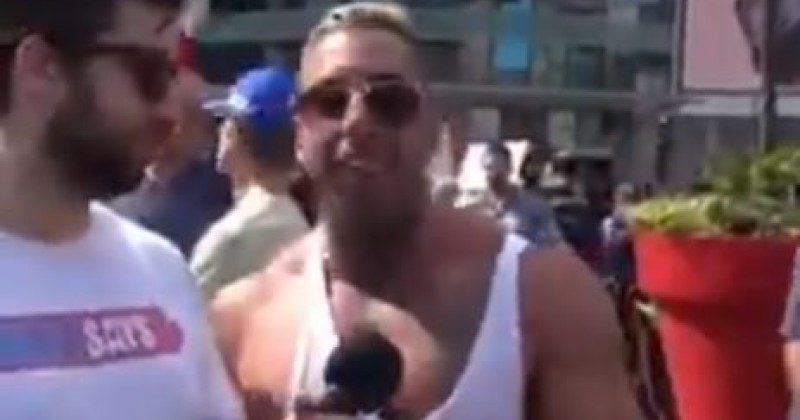 ‘Psychic gym bro’ Chris Sky is being recognized for his stunningly accurate predictions, made early last year, during which he laid out the entire lockdown agenda, including how compulsory mask mandates would return even for vaccinated people.

The clip shows Sky talking to an interviewer in the spring of 2020, mere weeks into the first lockdown and his words became even more prescient as each month rolled by.

“You don’t need the mask, the mask is about compliance… next they’re going to tell you to take the vaccine…and because they know [you] like to do what you’re told… they are hoping that everyone just complies,” said Sky.

“Next they’re going to tell you ‘sorry, the vaccine isn’t as effective as we told you it was gonna be’… so now you still have to wear your mask,” he adds.

That forecast has perfectly come to pass following the CDC’s u-turn on mask wearing, which has forced even the vaccinated to cover up once again, leading to widespread disaffection even amongst the most vehement pro-vaxxers.

“What happened? The same amount of people died, everything is the same, and now they’re gonna put you back on lockdown and bring it all the way until July (2021) and then they will do the whole thing again… just to be able to bring you off lockdown in September,” said Sky.

This also came to pass in the fall of 2020 and looks set to happen once again later this year, with health authorities warning of new variants and an explosion in influenza cases that will grease the skids for yet another lockdown.

“If you idiots haven’t worked it out, it’s a perpetual cycle that you never get out of… and it’s way to take your rights, your freedoms, close your business, take your wealth…so you become dependent on government,” said Sky.

The commentator, who has become widely recognized for his very public refusals to comply with lockdown mandates, then outlined the wider agenda – neo-feudalism and total dependency.

“…in other words, we have a slave class… and that’s what they’re trying to do.”

Meanwhile, the same elitist billionaires imposing all of this on us are completely exempt and living care free on luxury private islands which tourists are banned from entering.