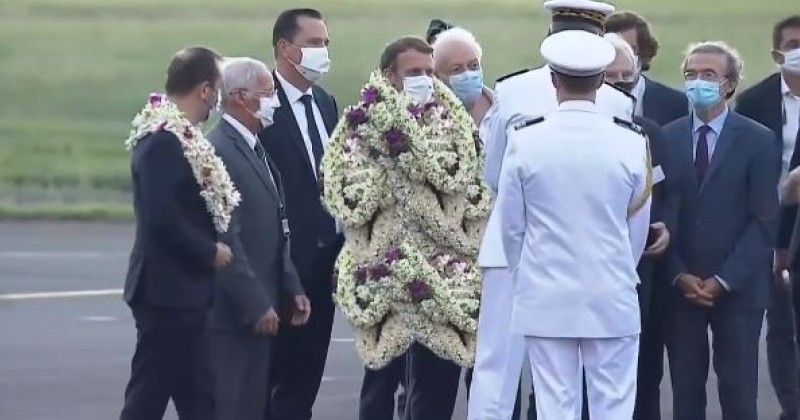 Multiple mainstream journalists spread fake news based on a doctored video to suggest that French President Emmanuel Macron was so loved on his arrival in French Polynesia that he was completely smothered in garland necklaces.

Turns out the entire thing was a scam based on a hoax video, but many journalists have refused to delete their viral tweets.

“On Monday, Illuminati Reptilien, a French satirical Twitter account known for the creation of doctored video shorts, posted an eight-second video of officials in French Polynesia officials draping the president in traditional garland necklaces,” reports Sputnik. “The final seconds of the video show Macron standing alongside other officials totally covered in flowers from his head down to his knees.”

Despite the fact that the video was a total hoax, it was amplified and reported as serious news by over a dozen journalists.

Frida Ghitis, a CNN and Washington Post contributor, tweeted about the flower-draped Macron, “My God! Macron over-garlanded in Polynesia.”

He eventually deleted the tweet, but others didn’t, including Noga Tarnopolsky, an Israel-based journalist who writes for the Los Angeles Times, the New York Times, the Daily Beast.

“President Macron is turned into a human wreath during his official welcome to French Polynesia,” tweeted Tarnopolsky, receiving over 36,000 likes for the post.

President Macron is turned into a human wreath during his official welcome to French Polynesia. pic.twitter.com/7q9fiULEUN

Imagine if Trump meme makers had published a similar doctored video that showed the former president receiving such adulation.

They’d be scorned, outed and potentially deplatformed for the joke, but mainstream journalists can get away with it with no consequences whatsoever.