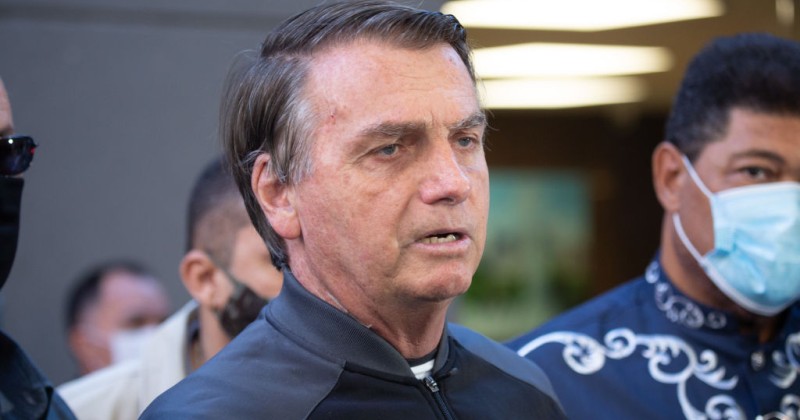 Videos that were removed included one that discussed the use of hydroxychloroquine as a treatment for COVID, as well as former health minister Eduardo Pazuello comparing coronavirus to AIDS.

“Post-HIV pandemic, HIV continues to exist. There are still some who are contaminated, most are treated, and life goes on,” he stated.

Some of the content was also deleted because YouTube doesn’t allow anyone to question the efficacy of masks.

This is particularly bizarre given that WHO and Anthony Fauci himself said early on during the pandemic that masks were useless.

Fauci wrote in a February 2020 email that a typical store-bought face mask “is not really effective in keeping out virus, which is small enough to pass through material.”

A similar argument was made recently by Dr Colin Axon, a SAGE advisor for the UK government, who told the London Telegraph that medics have given people a “cartoonish” view of how how microscopic viruses travel through the air, and the masks have gaps in them that are up to 5000 times bigger than COVID particles.

Apparently, discussing concerns shared by top doctors and scientists is enough to get content removed, even if you’re the leader of a major country.

“Bolsonaro and his office have not yet released a statement on the removal of the videos, but his official Twitter account did post a message urging followers to join him on Telegram to receive daily information directly,” reports RT.

As we previously highlighted, YouTube also automatically removes videos of anti-lockdown protests, even if the purpose of the video is to mock the protesters.

Video: China Refuses To Cooperate With WHO Investigation; Says Lab Leak Possibility Is A “Conspiracy Theory” And “Against Science”