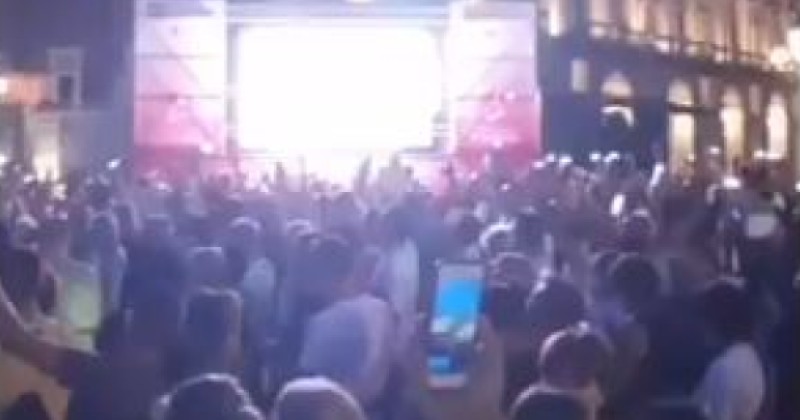 After the Italian government followed other European countries in announcing mandatory vaccine passports, Italians hit the streets to protest the measure, with demonstrators in Turin shouting, “No dictatorship!”

After France and the United Kingdom announced that proof of vaccination would be required to enter some venues, Italy followed suit.

From August 6, Italian authorities will mandate their citizens be enrolled in a “green certification” program which will bar access for the unvaccinated or those who can’t prove a negative COVID test to venues such as “indoor bars and restaurants, go to museums, swimming pools, gyms, theme parks and more,” reports Axios.

Irate Italians in Turin reacted by immediately hitting the streets.

The new measures were justified by “a spike in infections driven by the Delta variant,” although the 5,057 new coronavirus infections reported on Thursday are around 10 times lower than the peak in infections the country experienced back in November.

If the protests in Italy are anything like what we’ve seen in France, expect them to become unruly in a hurry.

Although the unrest there forced President Macron to marginally reduce back some of the places where vaccine passports will be required, the list is still lengthy and includes public transport, bars, cafes and shopping centers with a surface area of more than 20,000 square meters.

Another major protest against vaccine passports is also scheduled to take place in London on Saturday.

CNN: Segregate Unvaccinated, Make Them Pay For Tests Every Day