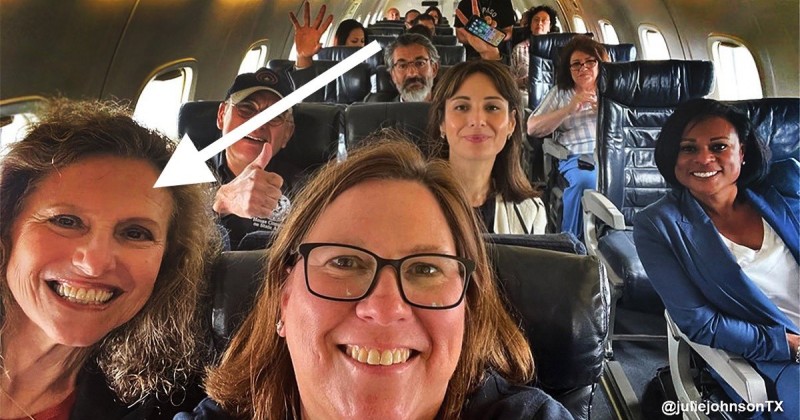 Democrat Texas state Rep. Donna Howard, who appeared in the now infamous photo of maskless Dem lawmakers on a private jet, faced ridicule after she called for “universal mask-wearing.”

Howard was one of 60 Texas Democrats who boarded a jet to Washington, D.C., to skip out on a vote on Texas’ election reform bill. A photo of the plane cabin shows Howard and several other passengers not wearing masks.

Following the trip, where they met with U.S. officials, Howard along with 5 of her colleagues tested positive for COVID-19.

“Unfortunately, the spike in infections from the delta variant became apparent immediately after our flight,” Howard continued. “Had we known at the time, we would have worn masks.”

Now Howard is facing more mockery after she vehemently called for schoolchildren to be forced to wear masks in class.

“We need to follow the science here,” tweeted Howard. Texas needs to change course and allow for universal mask-wearing to prevent spread of the highly contagious delta variant, esp as children under 12 cannot get vaccinated yet.”

Apparently, Howard is really keen for kids to wear masks but not too bothered about covering her own face, even in close proximity to numerous other people inside a confined space.

As we previously highlighted, Dr. Anthony Fauci wrote in a February 2020 that a typical store-bought face mask “is not really effective in keeping out virus, which is small enough to pass through material.”

His sentiment was echoed earlier this week by Dr Colin Axon, a SAGE advisor for the UK government, who told the London Telegraph that medics have given people a “cartoonish” view of how how microscopic viruses travel through the air, and the masks have gaps in them that are up to 5000 times bigger than COVID particles.