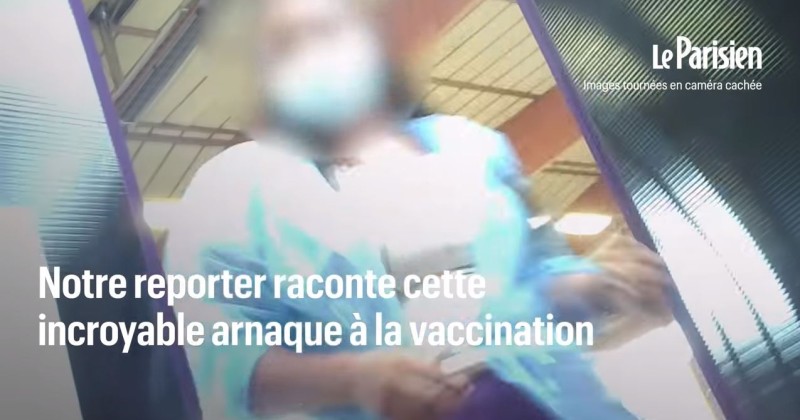 A black market for fake COVID vaccine passes has emerged in France, where the government is trying to make them a mandatory condition of entry for venues like bars, restaurants and cafes.

Clinics in Paris are offering the passes for around €300 euros ($350 dollars) without the need to take any jabs.

“Certain vaccination centres, flagships of the fights against Covid-19 are now plagued by corruption,” reported French newspaper Le Parisien, revealing that low paid French health service workers are making as much as £4,000 a month through selling the fraudulent documents.

In doing so, they are risking 3 years in jail and fines of up to £38,000 for being complicit in the trafficking of forged documents.

“Money was handed over in a curtained-off area of a clinic in the northern Paris suburbs, where the jab was meant to be administered, and placed ‘under the table where the needles and sterile pads are,” reports the Daily Mail.

A spokesman for France’s General Directorate of Health said the Health Ministry said the matter was under serious investigation, with claims that the practice was also taking place at the Sainte-Anne Center, in the 14th arrondissement of Paris.

Demand for the fake vaccine passports is surging after the French government announced COVID passes would be mandatory to enter all kinds of venues, including large shopping malls, cinemas, bars, restaurants, cafes and to use public transport.

Macron walked back part of the plan yesterday after the country was hit by unruly protests.

Now COVID passes now only required for malls with a surface area of more than 20,000 square meters.

However, expect the protests to become more volatile over the coming weeks as the system is rolled out in August.

As we previously documented, under the the draconian law, people in France who enter a bar or restaurant without a COVID pass face 6 months in jail, while business owners who fail to check their status face a 1 year prison sentence and a €45,000 fine.

Unvaccinated Football Fans to be Banned From Matches in UK