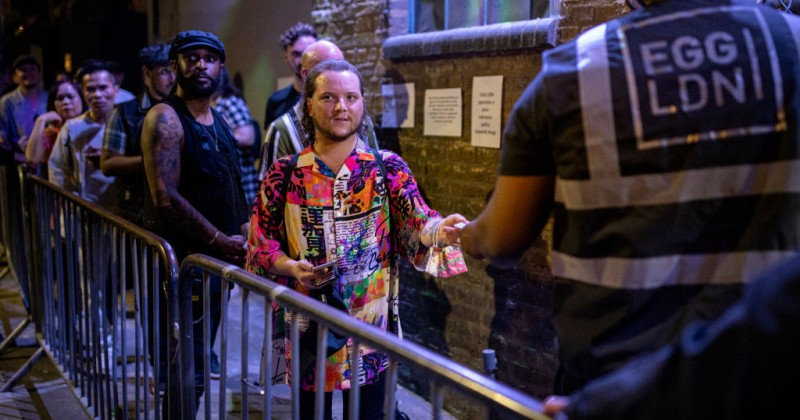 A UK government minister has again refused to rule out vaccine passports for pubs, while nightclub owners say a plan to impose the same rules on their venues is ‘shambolic,’ with some vowing to refuse to enforce it.

Yesterday, the UK celebrated ‘freedom day’, when all coronavirus restrictions were supposed to be lifted, but Prime Minister Boris Johnson dampened the mood by announcing anyone entering a nightclub from the end of September would have to be double jabbed.

With “crowded venues” also being subject to the same rules, the government is now indicating that busy pubs could also be forced to check people’s vaccine status on the door.

Business minister Paul Scully told Sky News that ministers are “not saying crowded pubs at all,” but went on to say “we’re not ruling anything out” for busier premises.

“We’ve got to define it really carefully and we’ll do that in the coming months until we get there,” said Scully, indicating that more venues, including sporting events, could be added to the list.

However, the government’s plan to check vaccine status as a condition of entry for nightclubs was blasted by industry representatives, with some vowing to disobey the rules entirely.

Michael Kill, chief executive of the Night Time Industries Association, said: “The announcement from the prime minister that COVID passports will be made mandatory for nightclubs in September comes after his health secretary said only one week ago that they would not be compulsory. What an absolute shambles.”

“Leaving aside the fact that this is yet another chaotic U-turn that will leave nightclubs who have been planning for reopening for months will now have to make more changes to the way they operate – this is still a bad idea,” he added.

Peter Marks, chief executive of nightclub operator Rekom UK, went further, saying his nightclubs “won’t be requiring” people to be double-jabbed or they “won’t have anyone in.”

“Younger guests are 95% of our customers – they won’t be fully vaccinated [by September]. We won’t be requiring them, otherwise we won’t have anyone in,” he said.

Results from a test pilot scheme that were revealed in June found that just 10 COVID-19 cases originating in nightclubs were detected following the pilot.

Critics fear that if vaccine passports for nightclubs become routine, the same system could be implemented for other places, such as shopping malls and on public transport.

Similar proposals in France set off a wave of violent protests, with President Macron being forced to back down on some of the planned rules.

China Not Cooperating With WHO On Wuhan Investigation; Again Says Fort Detrick Should Be Focus