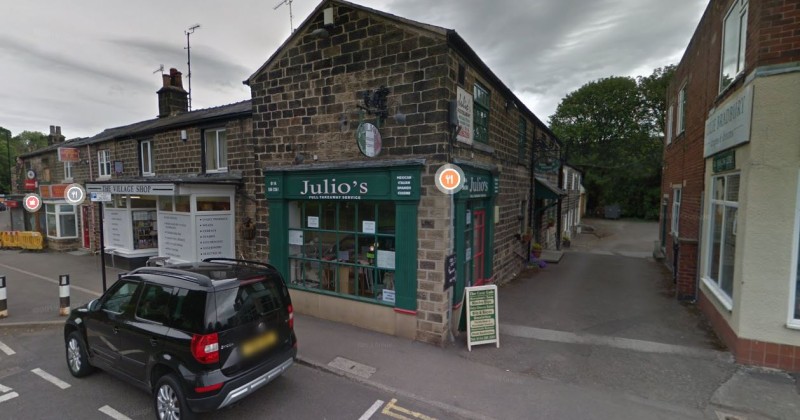 A local family restaurant has been forced to close its doors after 20 years due to the COVID lockdown, highlighting again how while the pandemic helped make the rich far richer, ordinary people continue to suffer.

Julios, a Mexican/Italian restaurant in the village of Oughtibridge, Sheffield, announced the closure on its Facebook page.

“Julio’s Restaurant and the Cosy Café wish you a very Happy Easter!!! We would also like to thank you for your support during almost twenty years! Thank you!!! Sadly and due to unexpected circumstances(covid19) we have been forced to close our doors for good. Nevertheless I will have happy memories of all of you. Ignacio and staff,” said the Facebook post.

Given that Julios was the only restaurant in the area (aside from pubs, which are also struggling), its loss is sure to be keenly felt by the local community given that it had been a much loved gathering place for almost 20 years.

The demise of Julios is just a microcosm of how the lockdown has wiped out pubs, restaurants and other small businesses across the UK.

Figures from back in May showed that almost 10 per cent of restaurants had been closed down, while mid-market “casual dining” venues have fallen by 19.4%. These figures are offset by including new restaurants that opened during the pandemic, so the true figure is even higher.

Another report found that almost 10,000 licensed premises – including pubs, clubs and restaurants, had closed down during 2020.

And while small businesses and family-run operations were eviscerated by the lockdown, larger companies took advantage.

Worldwide, the combined wealth of the world’s 10 richest men rose by $540bn, including Amazon founder Jeff Bezos who saw his personal wealth grow by $86 billion as Amazon shares soared.

According to an Oxfam report, billionaires exploited the the impact of lockdown to create a “rigged economy,” causing expanding wealth inequality during the “worst economic downturn in a century”.

A record number of billionaires were also created in the UK during the pandemic even as millions of ordinary people lost their jobs and saw their businesses go under.

Given that wealth inequality has made the rich richer and the poor poorer, in addition to the introduction of vaccine passports that will create a two tier society that discriminates against the poor and ethnic minorities, you’d think the left would be more vocal in opposing lockdown policies.

In reality, they have vehemently supported them at every turn and even called for much harsher restrictions.

Top Health Officer Orders Australians: ‘Don’t Have a Conversation’ With Each Other

Unvaccinated Football Fans to be Banned From Matches in UK

Out of the 44 confirmed cases of the Omicron variant discovered in Europe, all of them are “asymptomatic or people with mild symptoms,” according to the European Centre for Disease Prevention and Control.

The ECDC released a statement earlier today declaring, “So far, no severe cases or deaths have been reported among these cases.”

Alarmists have attempted to cite South Africa’s relatively young population (average age 27) in an effort to dismiss findings by health chiefs that cases there have only been “mild.”

However, given that a similar pattern has now been observed on a different continent, that argument is losing credibility.

Despite concerns that the variant could be more harmful to the elderly, some have asserted that booster jabs need to be pushed for 18-year-olds, an argument that also makes no sense.

Numerous countries across the world have imposed new restrictions based on initial warnings that the new variant could be worse than delta, including in England where masks have been made compulsory in numerous public settings.

Dr Jenny Harries, the current head of NHS Test and Trace, also seized on the new variant to urge Brits to stop socialising over Christmas.

As we highlighted earlier, University of Oxford Professor Jim Naismith asserted that despite England dropping its mask mandate in July and Scotland keeping its rules in force, official data shows this “has made no meaningful difference” to infection rates.

“In both countries very high levels of prevalence have continued for months. Thus the new changes announced are unlikely to have much of an impact if Omicron does indeed spread rapidly,” he added.

Focusing instead of ‘recovery of the high street’. 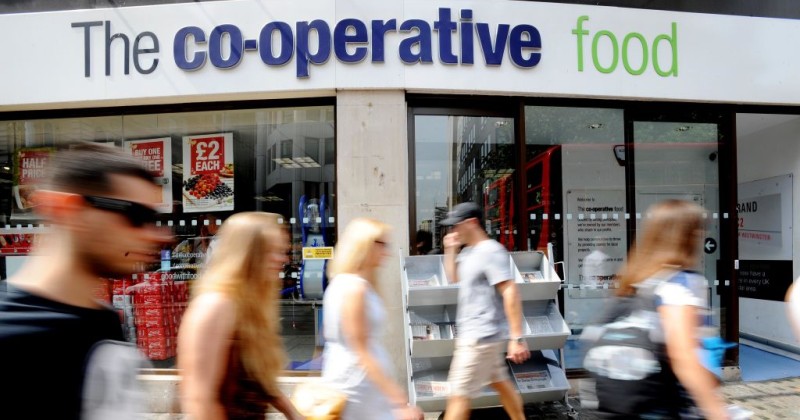 Two large supermarket chains in the UK have refused to make their staff police mandatory face mask rules, with one boss asserting that the issue is too “divisive.”

New face mask rules were imposed in England from today, meaning people who use public transport, enter shops and innumerable other venues have to wear a compulsory face covering.

England dropped mandatory face mask rules back in July, but they remained in place in neighboring countries like Scotland, where official data shows infection rates remained the same or higher.

According to Oxford Professor Jim Naismith, re-imposing face mask rules is “unlikely to have much of an impact” on the spread of the Omicron variant.

Wary of how contentious the issue has become, Iceland and Co-op, two large supermarket chains in the UK, have publicly said they will tell staff not to enforce such rules.

Richard Walker, managing director of Iceland, said the company would instead be concentrating its efforts on the “long-term recovering of the high street.”

“We fully support the reintroduction of compulsory face masks in shops, however, we won’t be asking our store colleagues to police it,” said Walker.

The British Retail Consortium said that it was the responsibility of the police to enforce the rules, adding: “Customers are asked to respect the rules and be considerate to their fellow shoppers and to hard-working shop staff.”

Booster jabs would also be mandatory. 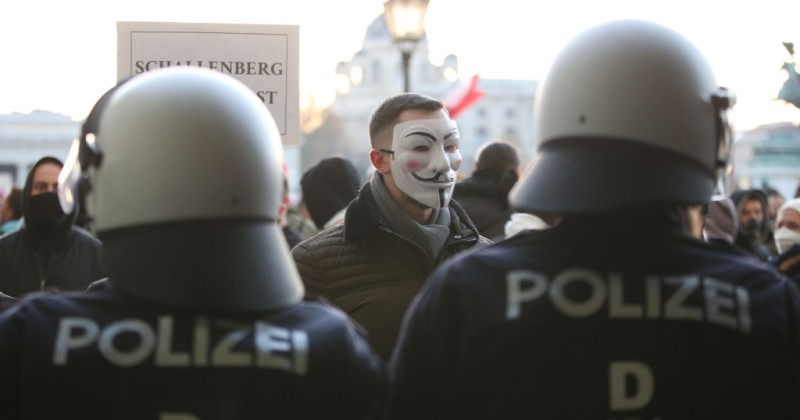 Austrians who refuse to take a mandatory COVID-19 vaccine before a government imposed deadline face prison sentences and huge compounding fines for non-compliance.

After initially placing the unvaccinated under lockdown, a policy that completely failed, Chancellor Alexander Schallenberg announced that the jab would become compulsory from February 1.

Questions as to what would happen to those who still refused to take it have now been answered in the form of a draft that was leaked to the media.

“Under the bill, anyone who refused to attend a scheduled vaccination appointment would receive an official summons from local authorities. If an individual failed to show up, they would then be summoned one more time within the next four weeks,” reports RT.

“Should the second official request be ignored as well, the person would face a fine of €3,600 ($4,061) or four weeks in prison. The fine would increase to €7,200 ($8,000) for those who had already been fined twice for violating the vaccination requirement.”

If it passes, the legislation will stay in place for three years, with the government deciding if having recovered from COVID is a reasonable exemption.

Only pregnant women and children under the age of 12, in addition to those who face “a danger to life or health” by getting the vaccine, will be exempt.

With tens of thousands of protesters taking to the streets of Vienna in recent weeks, expect unrest to grow.