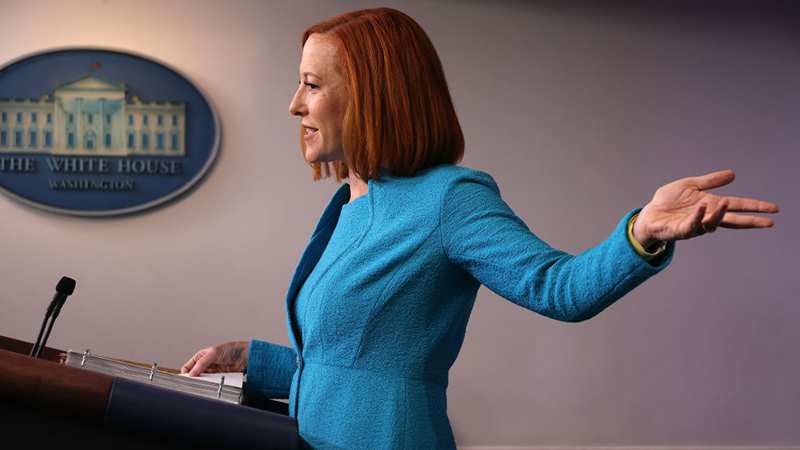 White House Press Secretary Jen Psaki finally admitted Thursday, at the third or fourth time of asking, that the people of Cuba are rising up against a failed communist system of government, rather than a rise in COVID cases.

Fox News reporter Peter Doocy asked Psaki, “Now that you’ve had a few days to think about it, does this White House still think that the protests in Cuba are happening because people are upset about a rise in COVID cases there, or is there some thought maybe given to the possibility that they’re protesting because they’re sick of communism?”

Psaki responded “Well, Peter, first I would say communism is a failed ideology, and we certainly believe that.”

She continued, “It has failed the people of Cuba. They deserve freedom; they deserve a government that supports them, whether that is making sure they have health and medical supplies, access to vaccines, or whether they have economic opportunity and prosperity.”

Psaki added, “And, instead, this has been a government, an authoritarian communist regime that has repressed its people, and has failed the people of Cuba, and hence, we’re seeing them in the streets.”

Psaki spent the entire week avoiding criticising the communist Cuban tyranny, instead claiming that “government mismanagement” was to blame for the people rising up.

Many in the streets have been witnessed waving the American flag and asking for U.S. support to help them be free of the Marxist oppression.

As we noted, Senator Marco Rubio, among others, called for a clear denunciation of “this communist, this Marxist, this socialist tyranny” in Cuba, saying that America must make “clear about whose side we’re on.”

The Biden administration and the media, however, continued to blame Donald Trump for the collapse of Cuba’s economy, in lockstep with the communist Cuban oppressors, and even groups such as Black Lives Matter, which issued a statement blaming the U.S. for the crimes of the Marxist regime in Cuba.