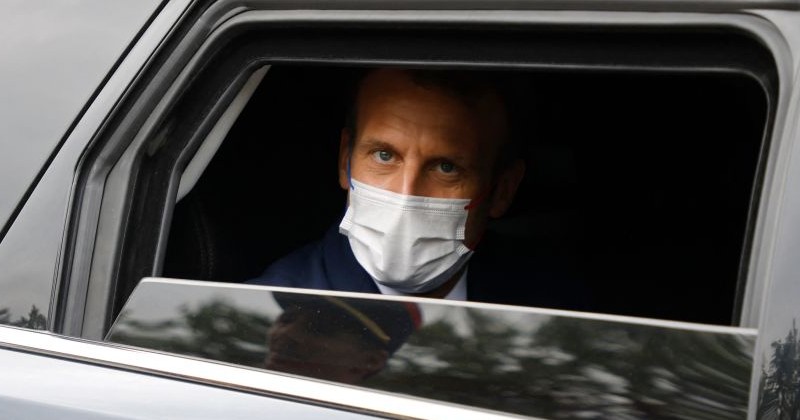 People in France who enter a bar or restaurant without a COVID pass face 6 months in jail, while business owners who fail to check their status face a 1 year prison sentence and a €45,000 fine.

The punishments are part of a draconian effort by the French government to force citizens to get the coronavirus jab amidst multiple unruly protests across numerous major cities.

President Emmanuel Macron announced earlier this week that those unable to prove they’re vaccinated or a negative COVID test (at their own cost) will be banned from using public transport, entering a cinema, shopping mall, bar, cafe, restaurant and other venues from August 1st.

“People unable to present a valid health pass risk up to six months in prison and a fine of up to €10,000 (£8,500), according to the draft text of the law, while owners of “establishments welcoming the public” who fail to check patrons’ passes could go to jail for a year and be hit with a €45,000 fine,” reports the Guardian.

There will soon prison sentences attached to the new French law for vaccine passports.

If you are caught in a restaurant without proof of vaccination, you face up to six months in jail.

The restaurant owner faces up to a year for hosting you.

Does that sound extreme?

The sanctions represent the most authoritarian move to force vaccine compliance in the west, and probably outstrip a lot of actual dictatorships in other parts of the world.

The Guardian rather euphemistically describes it as a “big stick approach,” which would be true if that ‘big stick’ were an electric cattle prod the size of the One World Trade Center building in New York.

The government had to withdraw a similar law back in December following numerous riots, but merely re-introduced the same legislation with even tougher punishments for dissenters.

As we previously highlighted, police in Paris used tear gas to disperse demonstrators protesting against the measures in scenes that unfolded in several other major cities throughout the country.

We are now entering the phase of the pandemic where it’s becoming clear that those who refuse to take the vaccine will remain under the most onerous lockdown measures yet in perpetuity.