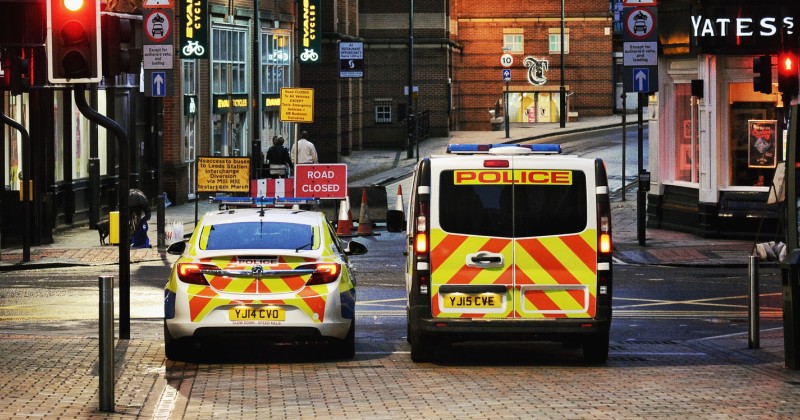 Police in Manchester arrived at a 12-year-old girl’s home in a riot van to check that she was ‘self-isolating’, an action that led the girl to fear she was about to be arrested.

“Officers visited the home of Kathryn Crook in Middleton, Greater Manchester, to check that Charlotte, 12, was adhering to Covid guidance after catching the virus,” reports the Daily Mail.

“Ms Crook, 45, says her daughter was terrified by the experience, alleging the behaviour of Rochdale Public Health Officers and Greater Manchester Police was “inappropriate and heavy-handed.”

Police first visited the home on July 11th and instead of talking to the girl’s parents, demanded to talk to the 12-year-old, shouting through the door as the kid cowered behind her mother.

“I spent Monday trying to find out why this had happened only to be told by Rochdale Public Health Department that they had authorised this to happen,” said the mother.

The family were then visited again by police – this time in a riot van – at 9pm the next day.

UK C19 Totalitarianism: Manchester mother demands apology from public health and police chiefs after officers in RIOT van turn up to check her petrified daughter, 12, was self-isolating at home after testing positive for Covid-19https://t.co/UAGaF5C557 via @MailOnline

“It was terribly upsetting again for my daughter and she had another meltdown again thinking the police were going to arrest her,” said Ms Crook.

As we highlighted last year, police began visiting homes at the end of September to make sure people who were supposed to be ‘self-isolating’ didn’t leave their property.

Another irony to the story is that despite England supposedly celebrating ‘freedom day’ on Monday, when all coronavirus restrictions are supposed to be lifted, people will still be forced to self-isolate and suffer aggressive home visits from police.

Numerous other measures will also remain in place given that the government has told businesses they can still enforce mask mandates while also encouraging them to use a COVID passport system.

So much for ‘freedom day’.

As we highlighted back in April, police broke into a man’s home and arrested him for violating COVID quarantine rules because he failed to self-isolate in a hotel after returning to the UK from abroad.

Such ‘quarantine hotels’ have become notorious as being de facto internment camps worse than prisons where people’s every move is watched, they are only allowed outside briefly to exercise and are fed rotten, awful food.

‘Freedom Day’ is a Joke