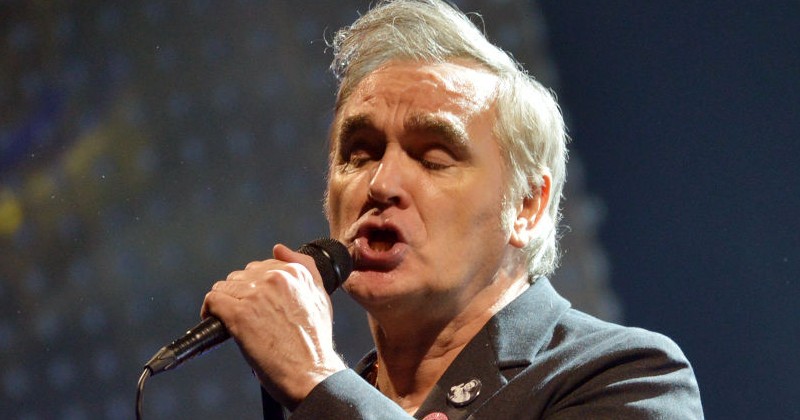 Pop icon Morrissey, who has become a pariah to the music industry due to his politically incorrect comments, is about to release an album with a title track that is about the Manchester Arena bombing.

The former Smiths frontman maintains a loyal hardcore fanbase but cannot find a record deal due to the blisteringly honest themes of his work.

The title track of his new album, Bonfire of Teenagers, is about what Morrissey refers to in an interview as “Britain’s 9/11,” the May 2017 Manchester Arena bombing by Islamic jihadist Salman Abedi that claimed the lives of 23 people and injured 800, many of them children.

“Bonfire of Teenagers the track is magnificent, but you must be expecting some manufactured paranoia … the usual ‘you can’t sing about THAT’ pearl fumblers,” the interviewer asked Morrissey.

“It’s about the kids who were murdered, yes,” responded Moz. “We are not encouraged to look beneath the surface because it’s dark and hidden. But the song is anti-terror, and anyone who finds that offensive can only be devoid of personal morality. As your brother once said to me, the Manchester Arena Bombing was Britain’s 9/11. We should appreciate anyone who asks questions.”

As we have previously highlighted, the Manchester Arena bombing is a harrowing example of how political correctness literally kills.

Suicide bomber Abedi was rescued as a ‘refugee’ by the British Royal Navy following the overthrow of Colonel Gadaffi in Libya.

Gadaffi infamously warned that if he was toppled, millions of migrants would flee to the west and terrorists would hide themselves amongst the refugee wave.

Numerous terror attacks throughout Europe in the years that followed were carried out by “refugees,” including the Paris massacre and numerous beheadings in France.

On the night of the Manchester Arena bombing, numerous concertgoers and security guards saw Abedi acting suspiciously but were either ignored or didn’t report the terrorist’s alarming behavior for fear of being labeled “racist.”

The same label that has made Morrissey public enemy number one for an industry that reacts to honesty, authenticity and integrity in music like a vampire reacts to sunlight.

After Morrissey had the temerity to point out the blindingly obvious, that diversity not a strength, BMG, which is owned by Sony Corporation, announced they would be dropping Morrissey due to “new plans for ‘diversity” that didn’t include him.

Morrissey vs the Conformist Cult

Despite it being against some players’ religious beliefs. 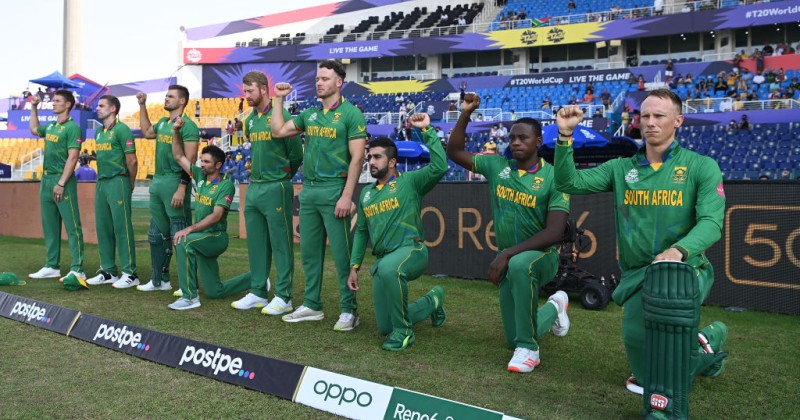 South African cricket players have been ordered to ‘take a knee’ before their team’s T20 World Cup matches despite some of the players complaining that it violates their religious beliefs.

Cricket South Africa (CSA) issued the directive last night after some of the players refused to perform the pro-BLM virtue signaling gesture before a match against Australia.

“South African players of color knelt and raised a fist, while fast bowler Anrich Nortje and wicketkeeper Heinrich Klaasen put their hands behind their backs and maintained a distance from their playing cohort,” reports Breitbart.

The CSA announced it had “unanimously agreed to issue a directive requiring all Proteas players to adopt a consistent and united stance against racism by “taking the knee” prior to the start of their remaining World Cup matches.”

🇿🇦 Cricket South Africa believes success both on the field and beyond the boundary will be guaranteed if all South Africans stand united to build a new innings based on the pillars of inclusivity, access and excellence.

The body said it was enforcing the order due to “the lack of support for the initiative” for the “BLM initiative,” especially given “South Africa’s history.”

That phrasing is interesting given controversy over professional football players in England taking the knee, with advocates claiming it had nothing to do with the Black Lives Matter organization and was merely a non-political stand against racism.

The Courier-Mail reported that some South African players refused to ‘take a knee’ because the gesture was “against their religious beliefs” and that “a good Christian man only takes a knee for two people – his wife and his God.”

The gesture was widely adopted by professional sports teams in the aftermath of last year’s deadly riots following the police killing of George Floyd.

Meanwhile, spectators attending the T20 tournament were made to isolate in what some described as “sheep pens” to safeguard against the spread of COVID.