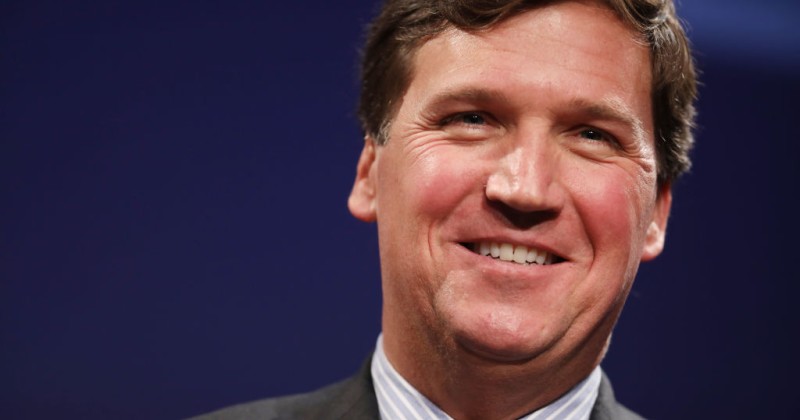 CNN hosts Brian Stelter and Oliver Darcy asserted that “Tucker Carlson is the new Alex Jones” during Stelter’s show after they played clips where Carlson’s rhetoric was similar to Jones’ on several different issues.

After Stelter asked Darcy about the comparison, Darcy remarked, “Tucker Carlson is the new Alex Jones – if you watch Tucker Carlson’s program and you watch Alex Jones’ program – they might differ a little bit in antics and the way they deliver their message, but that message to viewers is consistent and it’s pretty identical.”

Stelter then pressed Darcy on whether Jones and Carlson were close friends after playing a clip where Jones said he would let Tucker tackle an issue first on his show.

“Are these two guys in cahoots? Are they friends, do they communicate…are they bros, what do we know about their relationship?” asked Stelter.

“It does sound like they’re talking to each other,” responded Darcy, without explaining why in any way this would be an issue.

Darcy then complained that Tucker seemingly thinks Alex Jones voices ideas “that are legitimate and should be debated,” before labeling them “far right conspiracy theories.”

Stelter then concluded the segment by attempting to dismiss Carlson’s claim that the NSA is spying on his emails.

Jones himself responded to the hit piece by pointing out that it is merely a ruse to amplify attempts to deplatform Tucker Carlson.

Stelter and Darcy were instrumental in lobbying for Jones to be censored when he was banned by multiple platforms back in 2018.

By asserting that Tucker Carlson is no different from Jones, CNN is hoping to pressure Fox News higher-ups and social media networks to drop the ban hammer on Carlson just like they did on Trump and Jones.

The agenda couldn’t be any clearer.

CNN has been hemorrhaging viewers since the start of the year, as experts warn of a “serious credibility problem” caused by the network’s fawning obsequiousness towards the Biden administration.

Fox News’ average viewership has been around double that of CNN during the second quarter, while Brian Stelter’s Reliable Sources show has lost a massive 56 per cent of its viewership since Biden took office.