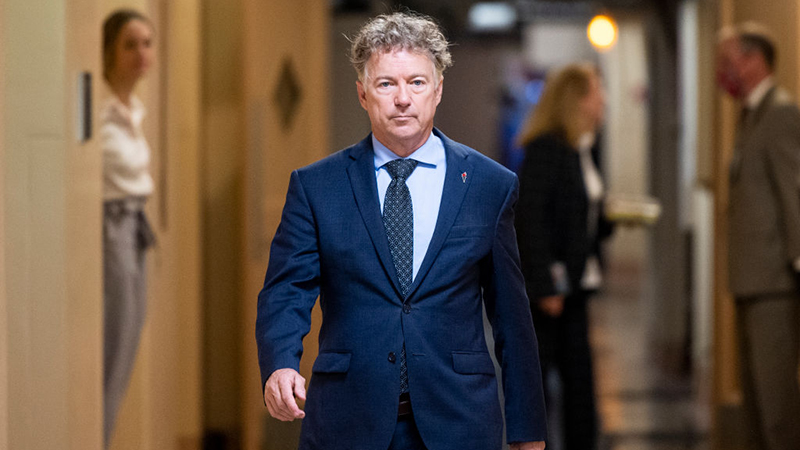 Kentucky Senator Rand Paul urged Americans not to let “the fearmongers win,” Tuesday, referring to the latest move to scare Americans into continued restrictions with the dreaded ‘Delta variant’ of COVID-19.

Paul’s comments come after a new campaign by Anthony Fauci and the Biden Administration urging Americans to get vaccinated because “the Delta variant is more contagious”:

The Delta variant, previously called the Indian variant before it went woke, is also being cited as a justification for mask mandates to continue.

Senator Paul visited a Coffee shop in Greensburg Tuesday to meet with people and discuss the restrictions.

“We did a lot of things wrong that hurt the economy that didn’t help the pandemic, so I think it’s important,” Paul said, continuing “I think people do want to hear about it. I think more people ask me about my interactions with Dr. Fauci than anything else in the room.”

“I think that the numbers show that we’re beyond the worst of this,” Paul said, adding “I think we’ve reached a level of immunity between natural infection and the vaccine together, that I think we’re actually at a point where we’re not going to get large numbers of the infection again.”

“We don’t really need people who believe in some sort of elitism to tell us what to do,” Paul asserted, adding “In a free society, we make these decisions individually.”

Earlier in the day Paul made an assertive case for natural immunity and the misinformation on the matter that is coming from the government in indiscriminately pushing vaccinations: