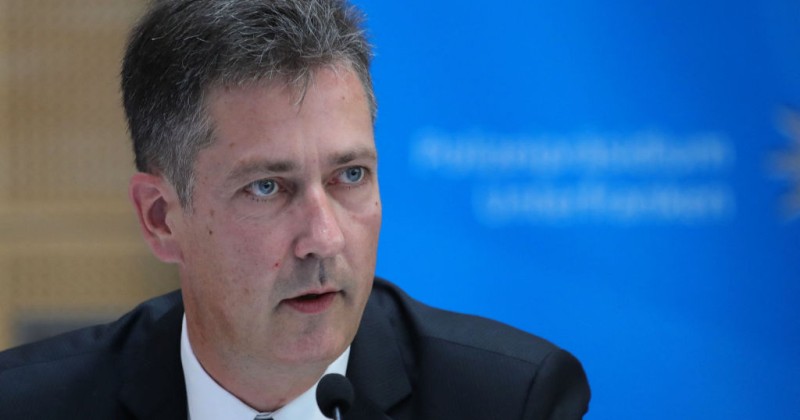 After a Somali refugee went on a stabbing rampage that left three women dead, the Mayor of Würzburg reacted by writing an open letter expressing concern about the stigmatization of refugees and migrants.

Videos from the scene of the attack showed members of the public confronting the 24-year-old killer, who was later found to have radical Islamist propaganda on the premises of his home.

The suspect, who arrived in Germany in 2015 as a refugee, also reportedly told staff at a local hospital that his attack had been a ‘contribution to jihad’.

On Monday, Joachim Herrmann, Bavaria’s Interior Minister, said the incident had all the hallmarks of an Islamist terror attack.

⭕️One more video from the incident in #Gerrmany #Wuerzburg
👉There are 3 dead, 6 injured. The suspect was taken into custody. pic.twitter.com/Vx6VXryAT9

While Mayor Christian Schuchardt expressed grief over the deaths of the victims, the main focus of his open letter was to complain that the attack could be used to stereotype other migrants and refugees.

“But I also cried for our city last night. Because of this short circuit, this equating is so obvious. Refugees, immigrants, violent criminals, religious warriors and terrorists – massacres,” he said in his letter.

“However, the crimes of individuals can never be traced back to population groups, religions or nationalities. We Germans were not condemned in general after the Second World War either. Nor does this now apply to Somalis or refugees in general. This pigeonholing must come to an end,” Schuchardt added.

“And at the same time, there will be no end to it. This is my moral demand, my wish for the society that I know cannot be fulfilled. Because how would you feel as a foreigner in our city today?” the letter asked.

In reality, refugees have been responsible for numerous terror attacks throughout Europe over the past six years since Angela Merkel’s disastrous decision to open the borders to them.

The terrorist who beheaded a woman and killed two others near a church in Nice, France last October was revealed to be a Tunisian boat migrant.

The Chechen teen who beheaded school teacher Samuel Paty in the same month had been granted a 10-year residency in France as a refugee the previous March.

The majority of the Paris massacre terrorists also exploited the refugee wave to enter Europe.

The three terrorists who went on a knife rampage in Lyon back in April last year were also Sudanese refugees.

The Manchester Arena suicide bomber Salmen Abedi was also rescued from Libya as a refugee by the British Royal Navy after the fall of Colonel Gadaffi.

These are just a few of the many examples.