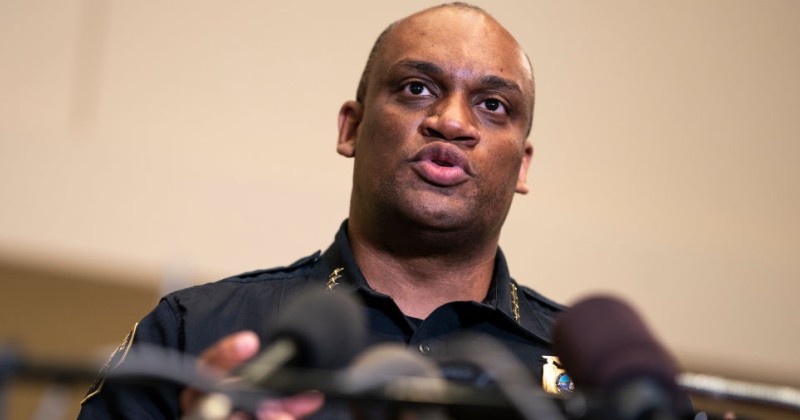 Portland Police moved to reassure Antifa extremists that a man they shot in the back was white in order to avoid a riot after it was erroneously reported the victim was black.

After a man allegedly armed with a screwdriver was shot by cops outside a motel in Northeast Portland, authorities moved quickly to announce that the suspect was not African-American.

There is erroneous information being circulated on social media regarding in the officer involved shooting in the Lloyd district. We can confirm that the subject involved is an adult white male. No one else was injured.

“There is erroneous information being circulated on social media regarding in the officer involved shooting in the Lloyd district. We can confirm that the subject involved is an adult white male. No one else was injured,” tweeted Portland Police.

As Andy Ngo highlighted, the tweet was posted in order to avoid a confrontation with Antifa rioters, who were already gathering at the location after rumors swirled that the man shot by police was black.

Portland Police had to issue a tweet clarifying that the person shot today in NE Portland was white after antifa said it was a person of color. Antifa & far-left protesters have gathered at the scene to confront police based on the racial rumor. https://t.co/B4dJ71S5yF

“Nothing to worry about folks, we just killed a white guy!” joked Chris Menahan.

Portland Police also likely leaked to the news media that the officer who fired the shots was black.

Man shot by police is white . He was taken by ambulance to a hospital. Officer who fired shots is Black.

According to an eyewitness, the man shot by police was suicidal and became agitated as he was being helped into an ambulance before lunging at cops with the screwdriver.

However, the man was only apparently shot when he was running away from officers, meaning that a protest would have actually been justified in this case.

The situation mirrors that of a similar incident that took place in Minnesota back in April.

After a carjacker fired shots at police, he was gunned down by cops. Black Lives Matter protesters immediately gathered in response but soon left after it emerged the victim was white.

Video: Only Store Not Looted in South African Shopping Mall is the Book Shop

Video: Minneapolis Rioter Can’t Even Remember the Name of the Person He’s Rioting For