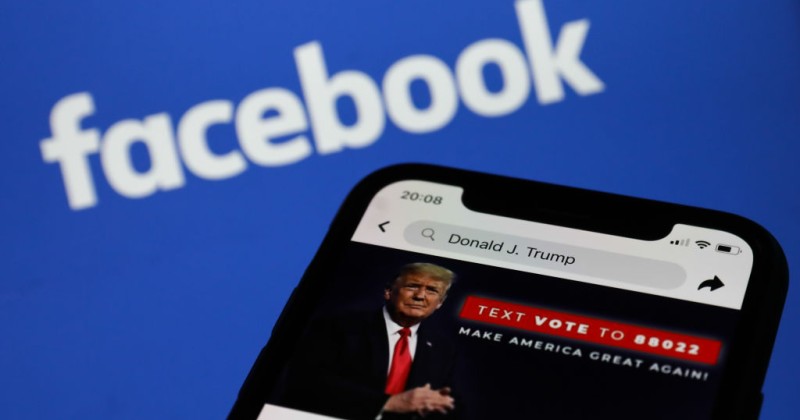 Emails obtained by CNN reveal how the Biden campaign pressured Facebook to censor President Donald Trump before the 2020 election.

The messages reveal how Biden campaign officials repeatedly insisted that Facebook remove information that it deemed to be ‘violent rhetoric’, a concern that seemed to be absent during months of leftists rioting and burning down entire city blocks throughout the summer.

After a deluge of public and private complaints by members of Biden’s team and other Democrats, a former Biden campaign staffer said Facebook “essentially did nothing” in response.

Gee, I wonder why they were concerned about that.

“It was the most frustrating series of conversations,” a Biden aide said. “We went to Facebook with a series of letters, public complaints, private emails and all throughout, they essentially did nothing.”

Naturally, CNN spins the story as an example of how Facebook failed to clamp down on “misinformation,” despite the social network giant banning many of Trump’s most prominent supporters before the election and engaging in industrial-scale levels of censorship of pro-Trump content.

“Not only the election but also the January 6 breach in Washington DC are thrown in as yet more evidence that Facebook was not diligent enough in suppressing and censoring information, because it allowed protesters to use it to plan their activities (at the time, though, legacy media like CNN accused independent alternative platforms as hubs for this, leading the charge in what resulted in wiping some of them off the social media map),” writes Didi Rankovic.

CNN’s narrative is to blame Facebook for not censoring enough and scolding it for facilitating the January 6th “insurrection,” despite the MSM initially blaming the likes of Gab and Parler for the incident at the Capitol Building.

“Fears are growing about the role Facebook misinformation could play in the 2022 midterms and beyond,” states the CNN report.

In other words, despite its notoriously censorial standpoint against conservatives and Trump supporters, CNN needs to ban and blacklist even more anti-leftist content before 2022.

The entire farce is just CNN lobbying for more censorship and since Facebook is completely in bed with Democrats and the deep state, they’ll be sure to get it.