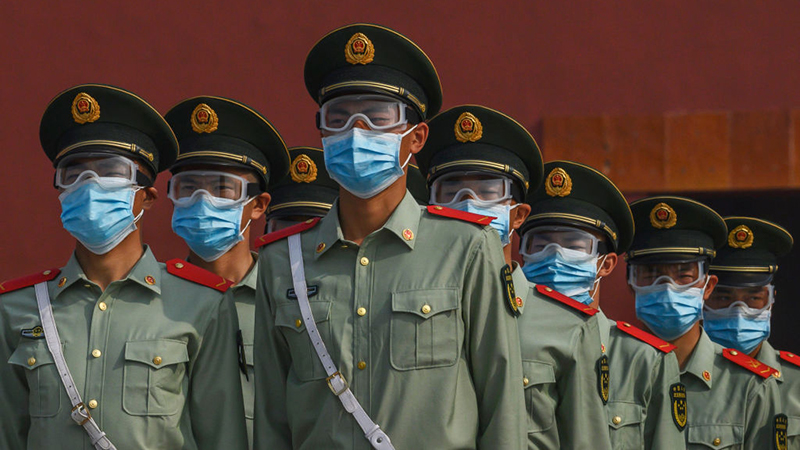 Scientists at the University of Kent in the UK have published new research that concludes it is most likely the virus that causes Covid-19 was circulating in Wuhan in November 2019, or even weeks earlier in October, before any cases linked to the Huanan wet market were reported in December 2019.

The research, which used methods from conservation science, according to reports, finds that the most probable date of the emergence of the virus was November 17, 2019.

The paper notes that SARS-CoV-2 could have first appeared from early October and concludes that it had already circled the globe by January 2020.

The findings correlate EXACTLY with U.S. Intelligence that at least three researchers working at the Wuhan Institute of Virology, where coronavirus experiments were being conducted, were hospitalised in mid November 2019 with symptoms matching those of COVID.

The conclusion of the paper also dovetails with previously unconfirmed claims by the South China Morning Post that there exists Chinese government data documenting initial cases on November 17, 2019, the exact same day that the new paper cites as the most likely time of the emergence of the virus.

The evidence is now overwhelming that the lab was the origin point of the pandemic.

As we reported yesterday, a scientist at the Fred Hutchinson Cancer Center in Seattle claims to have located genetic sequences from early coronavirus cases in China that had been deleted from both US and Chinese databases.

The sequences show the virus was circulating in Wuhan before any cases were linked to the infamous wet market, as they are three steps more similar to the bat coronaviruses than the virus samples from the market.

Commenting on the subsequent deletion of the data from both Chinese and US databases by Chinese scientists Dr Jesse Bloom noted that it “seems likely that the sequences were deleted to obscure their existence.”

Alina Chan, a researcher with Harvard’s Broad Institute tweeted “Why would scientists ask international databases to delete key data that informs us about how Covid-19 began in Wuhan?”

Yet another study was also published Thursday in the Scientific Reports journal that concludes SARS-CoV-2 binds to human receptors much more efficiently than other species, suggesting that the virus was already adapted to humans when it first emerged.

The team of Australian scientists who conducted the research said that while it doesn’t prove the lab leak hypothesis, it proves that the theory cannot be ruled out.

Previous studies have noted that the genetic sequence of the virus, ‘CGG-CGG’, does not occur anywhere in nature, yet it is the exact combination commonly used in ‘gain of function’ research, which is known to have been used with coronaviruses at the Wuhan Institute of Virology.