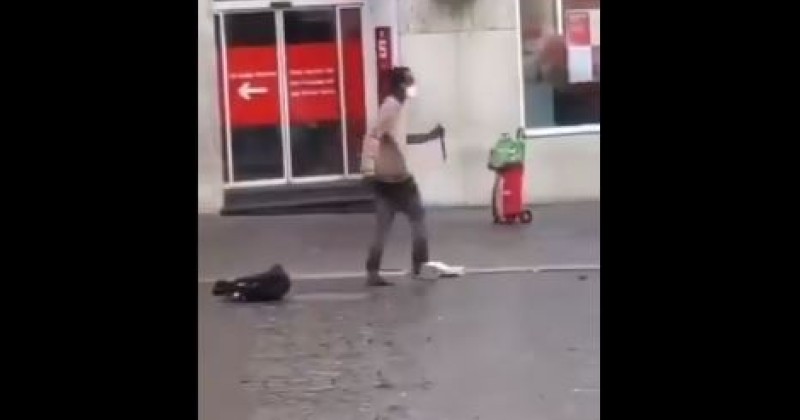 UPDATE: The attacker is a Somali refugee. Imagine my shock.

The knife attacker who killed 3 in Wurzburg is a Somali refugee who arrived in Germany in 2015.

He shouted "Allahu Akbar" during the attack.https://t.co/R06KkDSDhU

3 people have been killed and 6 injured by a “knifeman” in Wurzburg, Germany, with clips posted to social media showing a crowd chasing the suspect, who is a 24-year-old Somali.

“Police in the city have reportedly arrested the suspected perpetrator following a “major operation,” reports the Express.

Footage shows members of the public attempting to subdue the attacker with sticks, chairs and whatever else is to hand before police arrive.

The attacker attempts to flee the scene as bystanders direct a police car in the direction of the killer.

⭕️One more video from the incident in #Gerrmany #Wuerzburg
👉There are 3 dead, 6 injured. The suspect was taken into custody. pic.twitter.com/Vx6VXryAT9

Police subsequently shot the man in the leg before arresting him.

Video clips confirm that the “knifeman” is a black male.

It remains to be seen whether he turns out to be a “refugee” or an illegal migrant.

Since Germany began accepting waves of migrants in 2015 as part of a global #RefugeesWelcome campaign, violent crime attributed to refugees has risen sharply.

The killer was later named as a 24-year-old Somali who lived in the town.

But remember – diversity is a strength!

John McAfee’s Widow Says He Was Not Suicidal