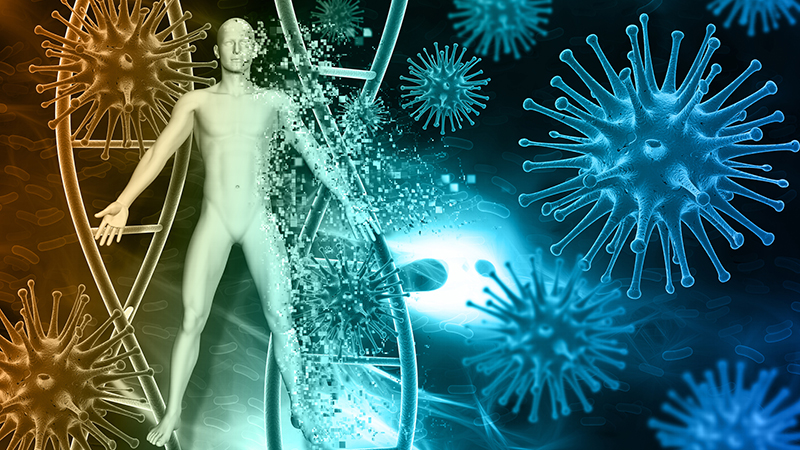 A scientist at the Fred Hutchinson Cancer Center in Seattle claims to have located genetic sequences from early coronavirus cases in China and says that they show the virus was circulating in Wuhan before any cases were linked to the infamous wet market.

Virologist Jesse Bloom has over 30 samples that are genetically more similar to bat coronaviruses than any other previously known sequences. The samples were originally submitted as part of a Wuhan University project.

Bloom says he recovered the data that was deleted from a US National Institutes of Health database by searching on Google Cloud. The NIH allowed the deletion of data from its databases in June 2020 by a Chinese scientist who originally submitted it, according to reports.

The data then also disappeared from there China National GeneBank where it had previously resided.

It “seems likely that the sequences were deleted to obscure their existence,” Bloom notes in the paper.

Bloom also notes that the finding indicates that samples being used by the WHO and other bodies to investigate the origins of the pandemic could be incomplete or inaccurate.

The study “shows that there are additional sequences from relatively early in the outbreak that are still unknown, and in some cases have mutations that suggest they are probably evolutionarily older than the viruses from the Huanan Seafood Market,” Bloom said in an email to CNN.

“They’re three steps more similar to the bat coronaviruses than the viruses from the Huanan fish market,” Bloom outlined.

Bloom’s paper has not been peer reviewed, but already seems to be annoying other scientists cited in the CNN report, with microbial pathogenesis professor Andrew Preston stating that Bloom “appears to be pointing towards a deliberate cover up by Chinese authorities of early sequence data from Wuhan.”

Yet that directly correlates with reports that initial genetic sequences of COVID-19 were deleted, destroyed or hidden from WHO investigators.

The WHO dismissed the lab leak hypothesis within a few hours of visiting the Wuhan lab back in February, yet it did not have early case data, early virus sequences or patient samples.

Bloom also noted that he is confident that more information will come to light even if further investigations are stymied, and that ‘trust based systems in science’ need to be examined to determine if they were used to hide data on the pandemic origins:

Bloom’s findings add to the increasing stockpile of evidence indicating that not only did the virus originate outside of the wet market, but that a cover up was instigated to obscure the fact.

As we reported earlier this month, there are now multiple studies that confirm “COVID-19 has a genetic footprint that has never been observed in a natural coronavirus.”

The genome sequencing of the virus ‘CGG-CGG’ does not occur in nature, yet it is the exact combination commonly used in ‘gain of function’ research, which is known to have been used with coronaviruses at the Wuhan Institute of Virology.

Video: Scalise Charges Democrats ‘Trying To Cover Up For China’ On COVID Origin